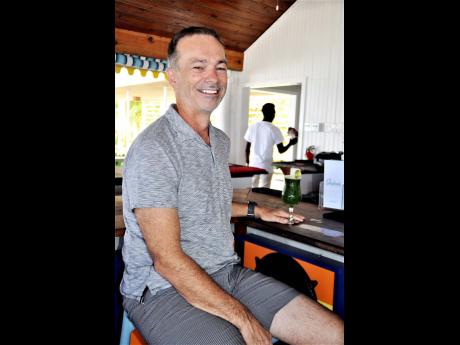 Miss Lily's Negril opened at a boutique hotel called Skylark on Norman Manley Boulevard, perfectly placed on the seven-mile stretch of white-sand beach in the resort town. The Negril restaurant will operate along the same lines as the New York restaurants, making the most of fresh, local produce on the island.

Celebrity chef AndrÈ Fowles, who presided over the New York restaurants for several years, was fine-tuning the plans for Negril. He was assisted by international restaurant planner Kaysilyn Lawson, who added the detailed finishing touches along with long-term strategic planning.

"We've finally opened the Negril restaurant, and our focus will be on the elements that have made the other restaurants a resounding success," Paul Salmon, co-owner of the brand, told The Gleaner. "We create delicious meals with fresh, healthy produce against the backdrop of a reggae vibe. So Negril is already decorated with vinyl covers from the '70s and '80s. One of our big advantages, too, with Jamaica is an extraordinary staff, and they are all loaded with enthusiasm and rearing to go," Salmon pointed out.

The other Miss Lily's restaurants are located in New York City's East Village in the West Village; and in Dubai, in the Middle East. Negril will feature many of the brand favourites - jerked corn, ackee hummus, jerked salmon, freshly caught snapper, oxtail stew, and curried goat, as well as an abundance of juices made from local fruits and vegetables. And don't be surprised to run into combination juices with leaf of life, pak choi, callaloo, ginger, and pineapple.

"There is a trend around the world right now to serve up delicious, healthy, grilled foods, low in saturated fats - foods like jerked chicken - and we are ready to tantalise the palates of our diners in Negril," said Lawson.