Fay and Benny Mallitt celebrate half a century of love 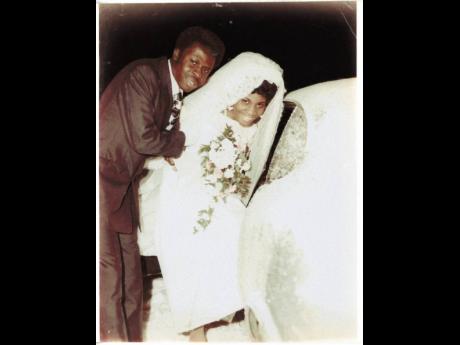 Contributed
Fay and Benny Mallitt on their wedding day in December 1970. The two wed at the Cote St Luc Baptist Church in Montreal, Canada. 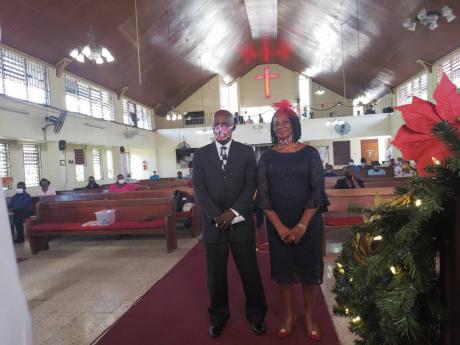 It all started with a letter written in pen.

“I wrote her a letter and she replied, using a lead pencil, and so I said, ‘Boy, things must be really bad with this girl, she doesn’t even have a pen?’” said a laughing Benny Mallitt, as he recalled courting his wife, Fay. “So, I save my lunch money until I got to five shillings and I sent it to her and said, ‘Buy yourself a pen.’ My cousin, the postman, brought her response that evening and the first thing I saw was the five shillings, and a note written in pen, that said, ‘Take back your money, I don’t want your money. I have pen!’ Benny then reasoned that any woman that you give money and she send it back, it must be a good woman. The rest is history.

Fay and Benny Mallitt have been together for more than 50 years. The St Mary natives remember passing notes through primary school and developing a friendship in secondary school until Fay migrated to Canada. But the pull of his other half saw Benny following soon after, where the couple found a slice of home in each other. “Being away from home, I think we were seeking love,” said 69-year-old Fay Mallitt.

Even then, the two remained separated by cities, but their hearts still sought the other. “I used to visit him in Toronto and I remember during one of my visits, he gave me a ring and I didn’t know at the time it was an engagement ring, and he said to me, ‘If you continue to be a good girl, you’ll get the next one.’” It was with this ring that Fay decided that you marry for better, and Benny was that better.

Respectful and calm, especially when he’s wrong, and his willingness to say, ‘I’m sorry’, are just some of the traits that have kept Fay in wedded bliss for 50 years. But she was quick to point out that one of her biggest challenges in the union is his flirting! But once again, it’s nothing a bouquet and a respectful conversation can’t fix. As for Benny, the 73-year-old has no complaints, “She is the best thing that ever happened to me! She knows what she wants, she has a steady head and if I flip up, she balances me back.”

But, they are not without faults. “She doesn’t have any patience. When patience was giving away? She don’t get that. I just get to understand her now and just roll with it.” Like it was yesterday, he recalls the day they tied the knot in Canada and how only the bridal party of himself, Fay, his father and best man were black. “We had a lot of white people at our wedding because we didn’t know any black people at that time.” But finding a home in each other, the young couple went on to have two sons in Canada before they moved back home to Jamaica. “The weather was getting to us and we decided to come back,” said Benny.

Now, the grandparents to six spend their days enjoying life in St Ann, where they reside, while operating Bath Plus, located in Mall Plaza, St Andrew. Their advice to couples looking for the long haul, “You have to be respectful, forgiving and understanding. You have to choose what you say, and never go to bed not speaking to each other,” said Benny. He also suggests discussing and making decisions together. No matter how small. As for Fay, “Always keep your differences between yourselves, especially when it comes on to your bedroom affairs.”

When it comes to regrets, they have none. “If I was to do it over again, yes; I might change some things, but I would do it with the same person,” said Fay.