Couple gets productive with BashaKoncepts 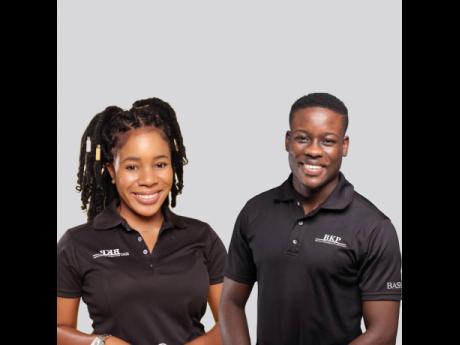 Contributed
The dynamic duo behind the scenes, Tamaya Henry and Romaine Rhoden. 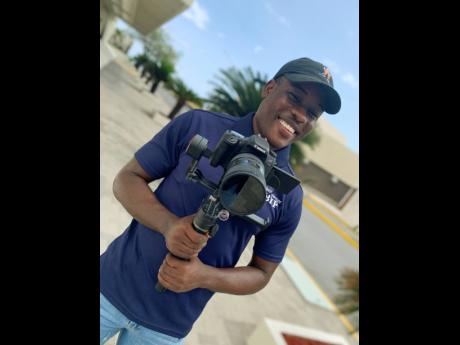 Contributed
Photographer and videographer Romaine Rhoden in his creative element, along with his trusty camera. 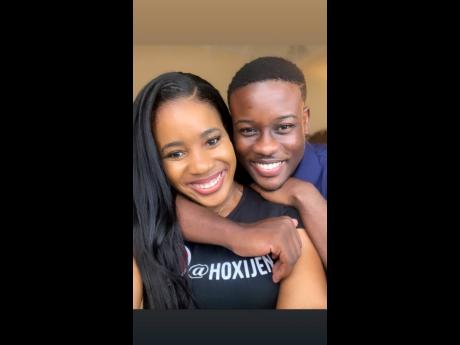 Contributed
The creative leads of BashaKoncepts Production, Tamaya Henry and Romaine Rhoden, are happy to be mixing business with pleasure. 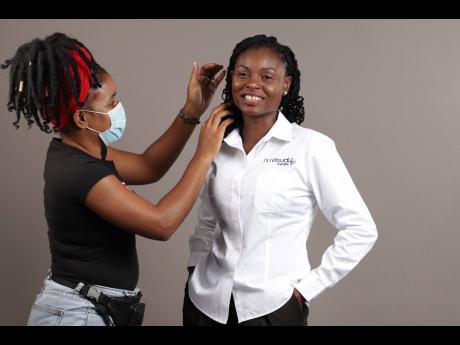 Contributed
Creative director Tamaya Henry puts on the final touches on a client during her photo shoot.
1
2
3
4

The belief that business should never be mixed with pleasure was never one that resonated with Romaine Rhoden and Tamaya Henry. In fact, the couple set aside countless hours to create their very own production company, BashaKoncepts.

During his final year at university, Rhoden needed to find means of financing the last leg. The few corporate jobs he received were just a drop in the bucket of tuition and living expenses. So, he began thinking bigger. Reflecting on his degree he figured, why not tap into the photographic aspect as a steady income? Enrolling in ‘YouTube University’, he sought knowledge from videos and applied the pragmatic approach alongside his muse, Tamaya. “I started out shaky, but eventually my skills became sharp enough, and they earned me my first paid job,” he added.

When asked why he went into business with his beloved, he shared that it made sense for him to partner with his spouse. Not only was she his muse, but she was also able to see his vision for exactly what it was and supported it 100 per cent. With great pride, he boasted about her eye for creative detail and her magnetic personality, which wins over clients’ hearts, getting them in the right frame of mind to be camera-ready. As the business grew, Henry was upgraded to the role of creative director.

“It has been rewarding working with Romaine. I’ve watched him grow from getting his first job to creating a community on social media to having returning clients. In 2019, we started out as just a photography company, and now it has expanded to videography as well,” she revealed. The creative market is constantly shifting, so it is important for Rhoden to stay in the know. Henry remains upbeat and positive for nervous clients, sourcing just about everything needed for comfort, including props. With structure and technique meeting personality and creativity, BashaKoncepts is providing the perfect vision package.

They both view being in business together as the biggest blessing, with Henry noting that she is honoured to be a part of a company that empowers persons to be their best, and most confident, beautiful and authentic selves. “The feedback mostly has been that we are so professional. I think that is what sets us apart from everyone else. They love how calm we are. They also love the fact that we are a one-stop shop. They get a creative director and a photographer from the same place as a package,” Henry said.

Both parties have a steady job outside of the business, so finding a balance between entrepreneurship, full-time work, and play can be difficult, but it is imperative. The duo hopes to expand the company into a production house, and Rhoden hopes to one day tell stories through film-making.

Rhoden believes that other couples should take the chance of work with each other in business as it will bring them closer together, “It will create more harmony, more understanding, room for growth, and a greater appreciation for what each brings to the table.” And while she can see the difficulty in seeing your partner all the time, Henry is of the view that if you really want to build an empire together, then you have to take that chance with each other. “A relationship should not only be about love, but also about growth and growing together. Belief is the highest form of love,” Henry said.