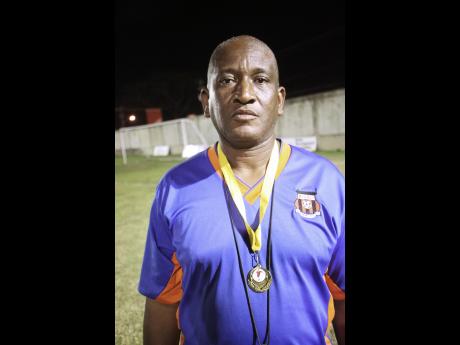 Rivoli defeated Portmore on penalty kicks after the teams played to a 1-1 draw at the end of regulation and extra-time. Kemar Beckford fired Rivoli in front after 24 minutes, but Portmore equalised with virtually the last kick before full time when Stephen Williams headed home from a set-play.

After extra-time failed to separate the teams, Rivoli were perfect from the spot kicks, while Paul Wilson missed for Portmore to end their participation in the tournament.

But Fitzgerald was happy to eliminate his main rivals from the parish's premier knockout competition as he believes they are the only team in the parish really capable of beating them on any given day..

"We are defending our title, and we are glad we have the opportunity to do so in the final. We are also expecting to be crowned champions after this final is concluded. No disrespect to the other teams in the parish, but Portmore are the only team in the parish that can beat us, so with them out of the tournament, we expect to go on and win and retain our title," he said.

For Portmore, it was the

last year. Coach Linval Dixon thought Rivoli gave them little room to play in the first half but said after they made some changes in the second half, they got the equaliser.

"But in a penalty shoot-out, any number can play, but we did well," he said.

Old Harbour went down 1-0 to Rivoli in last season's final, and although new coach Jahbari Baker knows he has a very difficult task, he believes his team is ready to make that next step and crown itself knockout cham-pions of the parish.

going to play good football. So it doesn't matter who comes, we know we have to win, and that's what we are going to do. Over the years, we always had a good team, but this is our best team in three years, and we just have to work hard, and I am sure we can do it," he said.

The final is scheduled for early next year.