Mair under no 'pressure’ 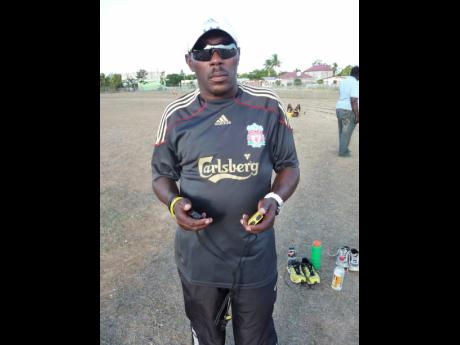 Vere Technical High's track and field coach, John Mair, who has been at the helm of the Clarendon school's athletic programme for two and a half years, admitted to The Gleaner that some overseas personnel are trying to directly influence his programme from abroad.

Despite the interference, Mair says he is under no pressure in the job and has the full backing of the people in charge.

Vere won a record 22 Girls Champs titles and a historic 13 in a row.

Mair, a former Olympian, believes the fact that the school has not won the title since 2002 is the main reason for his disparagers' frustration and their attempts to meddle in his work.

"There is no situation, I am the coach of Vere Technical. Anywhere you go, you are going to have critics and detractors, so you just have to do what you have to do as not everybody is going to love your style.

"So it is something blown out of proportion. When I get worried is when my chairman or my principal starts to get unhappy. Dalton Bailey, the team manager, and I have the full support of my chairman, my principal and my manager and the past students," he told The Gleaner.

"I made some changes because there were some things that weren't going right. I am coaching at high school, not at a professional level, so I want to keep things at a high-school level, because, as you know, there is a lot of money in track and field and everybody is running to find the next Usain Bolt, but we just want to keep it at a student/athlete level," he reasoned.

Mair coached at Jamaica College for more than 20 years and brought a wealth of experience to the former many-time Champs winners. But although he insisted that he is under no pressure, he swore that he will leave if he feels unwanted at the Mocho-based school.

"As I said, I am under no type of pressure, I just came in yesterday (Thursday) and sent home the boys and the girls off from Christmas camp, and right now I am working on getting about 90-odd hurdles from overseas.

"'But if they want me out, I will come out. I am not getting a million dollars to do it and, as a coach, as you get your salary, it goes right back to the kids," he said.

n Vere Principal Dr Henrietta Stewart and track and field manager, Bailey, were said to be off the island while board chairman Bishop Colville Webb could not be reached for comments.