Cavalier looking to kick way out of slump 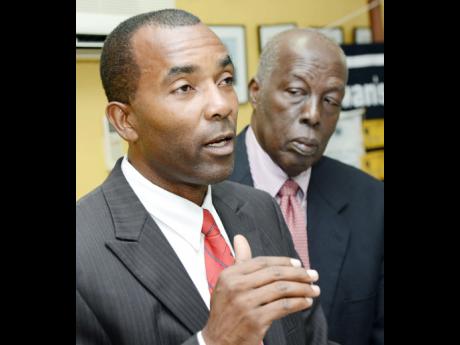 Cavalier's slump from the Red Stripe Premier League (RSPL) as leaders for much of the first round to sixth place after five games in the second round is mainly down to the team's profligacy in front of goal, says technical director Rudolph Speid, this after the team went down to their third defeat in four games - 0-1 loss to Humble Lion at Stadium East on Sunday.

However, Speid has sworn to get things right before the end of this round as they look to push for a top-four spot when the third round comes around.

On Sunday, Cavalier's goalscoring issue compounded itself once more as, despite creating good opportunities in both halves, they could not find the back of the net and the team has now failed to score in seven of their last eight matches.

In the midst of this slump, their most influential player this season, national Under-20 midfielder, Chevonne 'Messi' Marsh, broke his nose at the start of the second round against Rivoli United. But, the other players expected to step up, Claudious Blackburn, Girvon Brown, Oshane Jenkins and Norman Bailey have not done so in his absence, and Cavalier have not scored since the talismanic forward went on the injury list at the start of the month.

In the first-half of Sunday's game, excellent chances fell to Blackburn and Brown, but they could not capitalise. At the death, Blackburn spurned a great chance to grab a point for the hosts, a chance from which the rebound also fell to Davion Roberts, who also finished horribly from eight yards.

"We have been plagued by not being able to score goals and it manifested itself again (Sunday). Even late in the game we got the easiest of chances to score twice and we couldn't do that, so you have to pay for that at some point, and that is what is happening to us now," he admitted.

"We have a lot of injuries, but we are not playing bad. It is just that we are not scoring goals. We just have to do some more work in the final third as the season progresses, and see what happens."

Cavalier led the Premier League for five weeks in the first round. But although their defensive statistics have not changed much, as they are still not conceding more than a goal a game, it is at the other end of the field that they have their biggest concerns.

Speid insists they will solve the problem before the end of this round.

''Definitely," he stated. "We have fixed it before the end of the second round and will see if we can kick on for the third round."