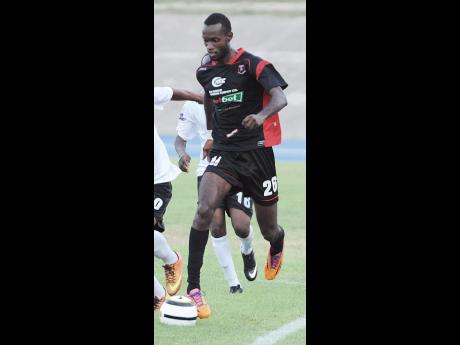 The 1-0 win moved them one place up to fourth spot with 28 points ahead of last night's late match between Harbour View and Cavalier.

The result meant it was also a losing start for returning coach Wendell Downswell and it condemned the Westmoreland side to their sixth defeat in the last seven games.

The lanky Burton blasted home a well-taken volley four minutes into the contest. However, the home team wasted a host of opportunities, especially through Kemar Beckford, to add to their tally. Coach Calvert Fitzgerald was pleased to walk away with all three points but thought indiscipline nearly cost them.

The game had barely started when Burton pounced on a pass over the Reno defence and fired home from an angle. The hosts continued to have the better of the game and Beckford fired wide on 25 minutes, and ten minutes later he failed to convert again after he broke through.

After the break Rivoli struggled to rediscover their rhythm and as the game wore on Reno became more threatening and had a few close looks at goal.

However, towards the end Beckford, leading scorer Cory Burke and Burton all spurned great opportunities to add to their score.

Meanwhile, Reno's coach Wendell Downswell said it was a very disappointing result and that they have a lot of work to do.

"It was disappointing in terms of the result but it was a spirited performance by us," he stated.