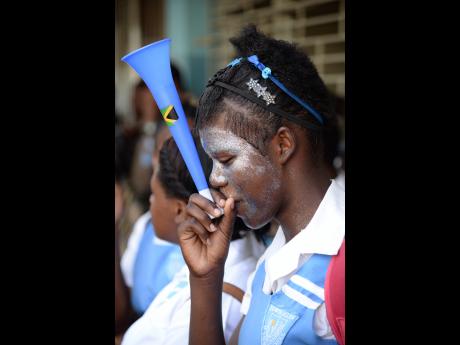 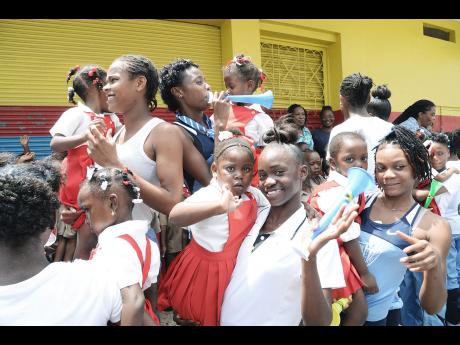 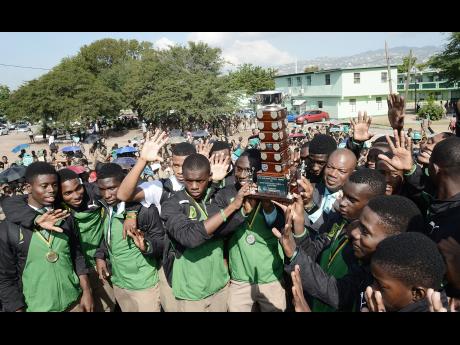 Vuvuzelas blared through the town of Frankfield in Clarendon yesterday morning as students and well-wishers descended on the Edwin Allen High School to join in to celebrate with the school for successfully retaining their fourth Girls' Champs title in five years.

The school has registered a convincing win at the just concluded Boys and Girls' Championships on Saturday at the National Stadium. At the end of the championships, Edwin Allen finished atop the point standings with 329.5 points, a clear 66.5 points ahead of their closest rivals, Hydel High.

Members of the academic, ancillary staff and the board of management, as well as students and sponsors, gathered in the quadrangle to salute their athletes for a job well done.

Principal Dr Everton Walters said he, and by extension the entire school family, is happy and elated that they have retained their title and plans to keep it that way for a while to come.

Head coach Michael Dyke notes that although he will be losing a few of his Class One athletes, he already has plans to replace them.

"We had a very strong set of Class One this year and although some will be leaving us, we will be putting a plan together to replace those athletes," he said.

Coach Dyke made it known that he will be working with the school to ensure they retain the Girls' Champs title for years to come.

"It was hard, but I tried my best and it paid off," said Davis.

The grade-nine science student said she has been competing since basic school because of her love for athletics and track and field in particular.

Davis said she looks forward to continue competing for her school as she harbours hopes of becoming a professional athlete in the future.

After the celebrations on the school grounds yesterday morning, the athletes paraded through the town of Frankfield and through to Chapelton, as they shared their victory with the communities who have been supporting them over the years.