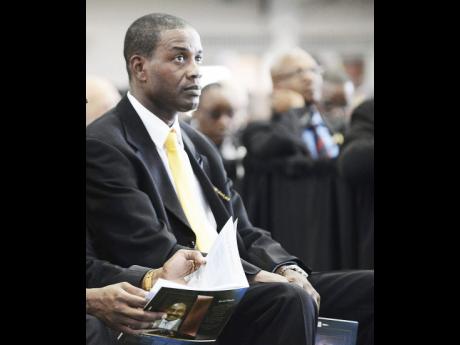 Watching former Reggae Boyz goalkeeper Aaron Lawrence on the sidelines as Red Stripe Premier League (RSPL) debutants Sandals South Coast took on defending champions Arnett Gardens in a live televised opening-round fixture at the Anthony Spaulding on Monday, you would never get the impression that the former national shot-stopper had lost his mother two days earlier.

On the surface, the ex-Reno player looked his usual self, issuing instructions and directing play from the sidelines in his team's 1-3 loss, even though on the inside, he was distraught and going through pain. But although Lawrence is suffering, he says sports is his medicine, and only football could help him forget his struggles.

"Sports and football is like medicine for everyone. Things will happen at home or to you, and when it's time to play football or your favourite sport, everything gets better. Your mind is at rest until you are finished. Then you start to focus on the negative [again], and then you start to hurt.

Lawrence added that many supporters have commended him for his show of strength in such trying times, but he is convinced his mother's situation didn't impact the team's performance during the loss, as they have been preparing for their maiden RSPL campaign for months.

"Despite what was happening, I had to put it behind me. After the game, [that was the] time for suffering and pain. It's something we had to do. My mother passed and there is nothing much I can do. You have to go on; you can't let it stress you. You have to do what is required and get the job done.

"People say I am tough, but they don't know the hurt inside. But I don't think what happened to my mother changed anything (Monday) because we have been making preparations for months. One incident or one day cannot stop whatever we have planned," he said.

Lawrence's mother, Patsy Thompson, 65, passed away in hospital last Saturday morning after being admitted the evening before due to persistent vomiting and diarrhoea. However, while having tea in the morning, Thompson collapsed and passed away.

Formerly of Granville, she was living with Lawrence at the time of her death.