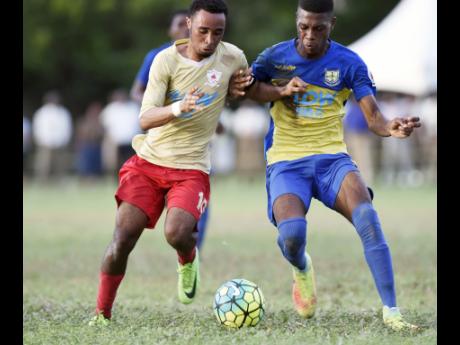 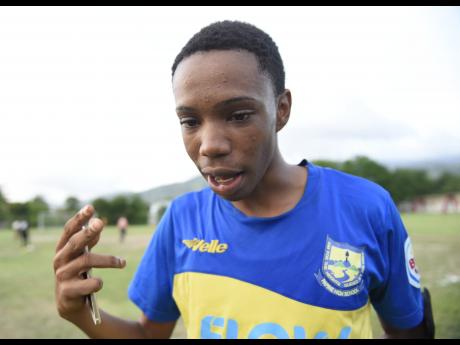 Papine's captain and leading goalscorer Shakeil Webb says despite his school's poor run in the ISSA/FLOW Manning Cup, they intend the end the season on a high and create a few upsets along the way.

Papine went down 1-0 to Mona, on Kevin Ellis' strike, to succumb to their fifth defeat in seven matches.

But Webb, who has netted four of his team's five goals this season, believes they can have a positive end to the season.

"I think it was a good performance, but unfortunately, we were let down by another soft goal. It was totally a goalkeeping error why we lost. We could have scored back a goal, but Mona defended well and we didn't take the chances we got earlier in the game," he explained.

"I got one [chance] earlier on, but unfortunately, it went over. If I had another one, I probably would have made it count, but Mona just defended well and we tried to get behind them but they worked well," he continued.

Although Papine cannot qualify for the next phase, with three matches remaining, Webb would like to have an influence on how the rest of the teams finish by ending the tournament with a few wins.

"We are going to finish strongly and upset some teams. We have three games to play, and we are going to play them as we would approach any one," he said.

The 17-year-old attacker is, however, pleased with his contribution to the team thus far, and he is hoping to continue his good form.

Meanwhile, the top-of-the-table clash in Group B between champions, Jamaica College and St Andrew Technical ended in a 1-1 draw. Both teams are tied at the top of the standings with 15 points each.

Bridgeport and Mona come next with 12 and 10 points, respectively.

In Group G, Charlie Smith avenged their first round defeat to Calabar by beating their opponents 2-0 at the Anthony Spaulding Sports Complex. The result left both teams tied on 18 points after seven games.