Back to glory - NBL clubs optimistic about January 20 restart date 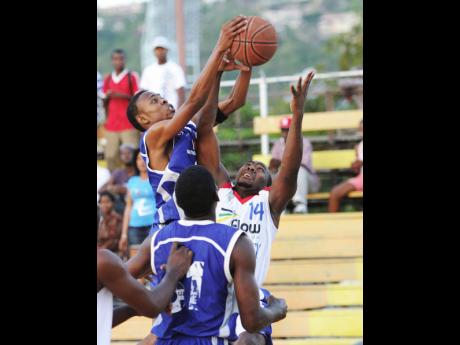 Ricardo Makyn
Intense action during NBL match between Urban Knights and Majesty Gardens at the National Stadium Courts on May 19, 2011. 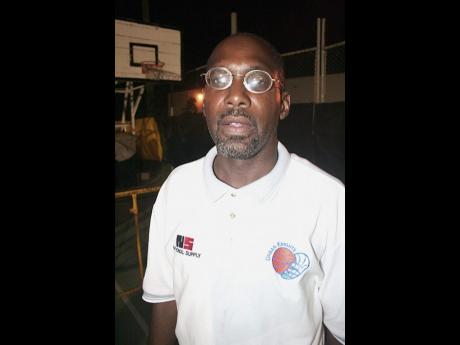 There was a sense of hope from Gordon Porter, Urban Knights Basketball Club president, and other local officials after a meeting on Friday regarding the restart of the National Basketball League (NBL).

The nation's premier basketball competition has been inactive for four years and is now set to make its return on January 20.

Porter, one of the association's harshest critics who has heard many failed proposed restarts since the last tournament ended in August 2013, said that he feels confident that this time will be different.

"At the end of the meeting, I felt a sense of hope," he said. "I felt that some light was shining at the end of the tunnel. The response from the clubs has been very positive, and they are hopeful. Everyone is happy that it is returning, and there is a lot of goodwill on the part of the clubs in relation to the association."

Even though a subdued start is being anticipated, Porter expects the nation's flagship competition to get back to its high standards within three years.

"There are financial constraints, and the teams haven't played for some time. This will give clubs time to get their operations running again. We hope by the second phase, we will see some good signs. We are moving in the right direction.

"It will take two or three years to return to normalcy, but once we sustain and properly manage the league, we should see a return to the glory days. The clubs are willing to work with the association to help the league evolve," he continued.

Jamaica Basketball Association (JABA) General Secretary Marland Nattie confirmed the proposed January 20 start and said that the association has obtained sponsorship, but he said that more is still required.

"We have secured some sponsorship, so we are trying to see how much more we can get to ensure the competition happens in a full and better way," Nattie said.

Nattie said that the clubs responded well to the news and have given their commitment to making the tournament work.

"They are excited. They have been waiting for it a long time and have given their commitment to what they need to do to ensure it happens. They are all happy to have it restarting, and they have all made a commitment to ensuring we have a successful year."

However, he added: "The first year will not be long. It will be three months, and not the usual six," he said.

Meanwhile, the same teams that participated in the 2013 tournament will be invited to participate. However, if a team is defunct, another team will be put in its place.