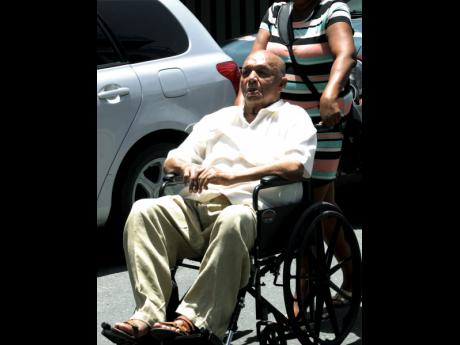 Locksley Comrie, a former Jamaica Football Federation (JFF) and Boys' Town Old Boys president who had been ailing for over a year, died at home yesterday.

"He had diabetes and heart problems, so it was a complication of problems," said Boys' Town administrator and close friend, Junior Lincoln.

"His contribution to Trench Town, Boys' Town, to sports and to the development of children was second to none. Everybody who knew Locksley knows he was quite passionate. But he was very kind, too kind at times. I remembered him as someone who cared, to his own detriment at times. But he cared, and not many human beings you can say that about," Lincoln told The Gleaner

Lincoln said the former Boys' Town Old Boys association president and board member also made significant contributions to national football, as Jamaica football president between 1975 and 1977.

"He was president of the Jamaica Football Federation when they made some significant moves, in terms of taking football out of the club system and into the communities.

He always wanted to be like the late West Indies cricketer, Collie Smith, and like Collie Smith he eventually became head boy of Boys' Town. He also played Senior Cup cricket for Boys Town," Lincoln said.

Comrie passed away leaving his wife, two sons, and a daughter. He was 77 years old.