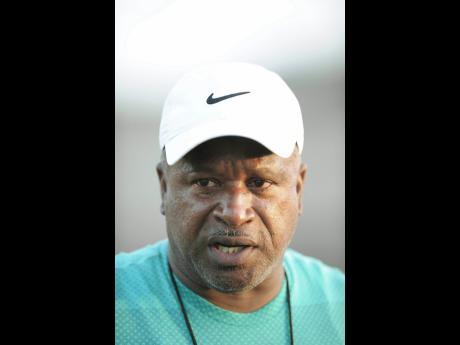 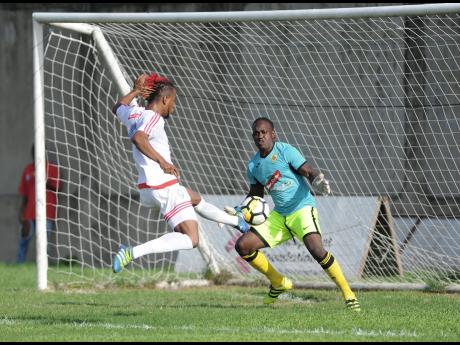 After going down to his third defeat in five matches, Humble Lion coach Lenworth 'Teacha' Hyde says that there is no concern over his future and that he is under no pressure at the Clarendon club.

Humble Lion went down 3-0 to 10 man Portmore United at the Spanish Town Prison Oval yesterday, leaving last season's semi-finalist with just four points midway the first round. But despite overseeing the club's worst start in recent years, the former national midfielder says that his immediate future is not under threat.

"No, man (not under pressure), everything's good. I am calm, cool, cool," he assured The Gleaner after the game. "(There are) no concerns right now. We know what we have to do. We have to change personnel and try to fix things into place and try to find the best team to go out in due time," he commented.

A double strike from Ricardo Morris in the 32nd and 84th minutes, and one from Jermie Lynch in the ninth, saw the league leaders, Portmore (10 points), take their fourth win from five games, this despite Venton Evans being ejected after 34 minutes.

Wolry Wolfe had a great chance to pull one back from the penalty which resulted in Evans sending off, but his spot-kick was saved by Portmore's impressive custodian, Shaven Sean-Paul.

"It was a disappointing performance, disappointing result. We went down a goal early and went down another goal soon after, so we were chasing from the match started. Portmore lost a player and we had the upper hand, but we lost the patience to possess the ball.

"We put in some attacking players to get back the two goals, and when you are trying to do that, you leave the back open, and they countered and got a third. But we never started well," he pointed out.

He added that their next game against Harbour View at the Effortville Community Center will be of vital importance.

"We have to try to win at home against Harbour View, but how we prepare this week will determine that - plus, the will and determination of the players. But we have time (to get their act together) because it's (the) top six (who make the play-off round), so we have to persevere and work hard," he said.