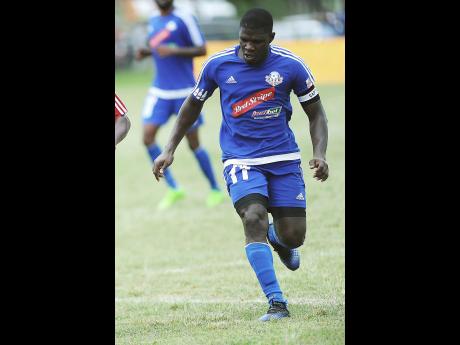 Both Portmore and UWI started the season in fine form and were neck and neck until UWI dropped points in their 4-1 defeat to second place Arnett Gardens last weekend.

Last season's beaten finalists, Portmore (13 points), have been a cut above the rest, scoring 14 goals while conceding just once in five games. They will start slight favourites over a UWI (11) team which looked lacklustre during Sunday's defeat by Arnett Gardens.

Portmore will look to national players Ricardo Morris, Ewan Grandison and Jermie Lynch in attack while goalkeeper Shaven Sean Paul, the outstanding Damano Solomon and Andre Dyce will be expected to keep things tight at the back.

UWI's hopes of rebounding from their last defeat will rest on the shoulders of the league's leading marksman Ryan Miller (six goals), along with Girvon Brown, Fabian McCarthy, Oshane Jenkins and Oshane Smith.

Arnett are yet to lose this season and appear to be gaining momentum. Reno, however, appear to be marking time as they have now failed to win or score in their last three matches.

If Reno are to get a result, a lot will depend on top marksman Craig Foster who has scored all four goals for his team this season.