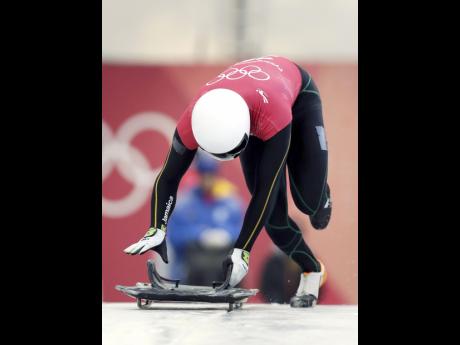 AP
Anthony Watson of Jamaica starts during a training run for the men's skeleton at the 2018 Winter Olympics in Pyeongchang, South Korea yesterday. 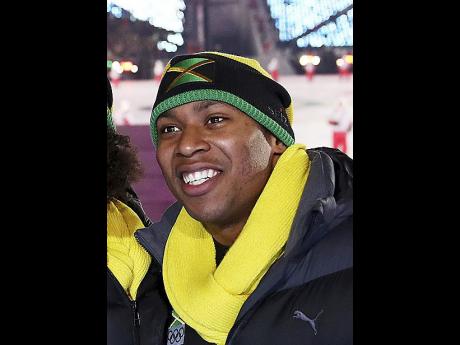 Jamaica will bow into action in the Pyeongchang Winter Olympic Games, South Korea today at 8 p.m. (10 a.m., Thursday, South Korea time) with Anthony Watson in heat one of the men's skeleton event.

Watson who is eyeing a medal in the event at his first Games, almost missed out completely. The United States-born Jamaican is ranked 79th in the world and this was not high enough in the rankings to qualify for the Games, but after several nations refused their places, he received the final reallocated berth.

The confident Watson, Jamaica's first-ever competitor in the skeleton event at the Winter Games, told The Gleaner last week that he has his sights set on gold in South Korea.

"I am aiming for gold, if I fall short, I should be in the top five. I was always taught by my coaches and family to aim high," the 28-year-old, who finished 38th at the last World Championships, said.

He added: "This is an Olympics and it's a tough field. I am not here to play games. I am very serious because I am here to represent my heritage, my culture, country, and family."

He is also down to participate in training heats five and six early this morning (Jamaica time).

However, the real test will come this evening when Watson goes up against a strong field of 30 competitors, in one of three heats, for a chance to be in the medals.