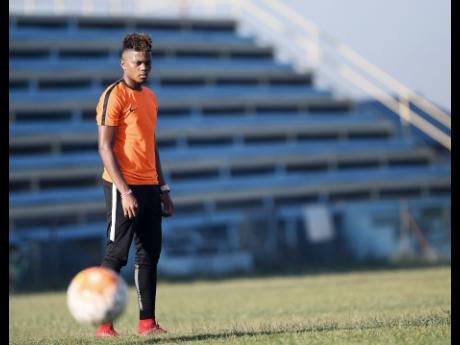 The Leon Bailey saga has taken another twist, with reports that the Jamaica-born Bundesliga star could qualify to represent the England national team through the grandparents of his adopted father, Craig Butler. According to noted immigration lawyer John Bassie, there could be a case.

Bassie, along with Butler's sister, Laura, pointed out to The Gleaner yesterday that Bailey, who has taken the world by storm after scoring nine goals and adding five assists in 20 German league games so far this season, could, in fact, legally represent England.

Bassie said that adopted or not, Bailey is eligible to represent that country as long as his parent or grandparent was born in the UK or if he can prove that his adoption is recognised by UK authorities.

Several reports have flooded the English media over the past two days stating that Bailey is being eyed by England coach Gareth Southgate, who, reportedly, plans to give the Bayer Leverkusen winger a call-up in the hope of securing the youngster for the Three Lions for this Summer's World Cup in Russia.

But many argue that Bailey would not qualify for England because he is only Butler's adopted son. However, Bassie explained that as long as the player can prove that his adoption is recognised by the UK, he qualifies.

However, The Gleaner cannot confirm whether his biological parents had any English ties, while current British immigration laws only account for parents and grandparents of applicants.

"If you are going through the ancestry route, the requirement of the applicant is that he or she must be a Commonwealth citizen at the date of the application. He or she should be 17 or over when they apply for permission to enter the United Kingdom.

"Applicants must provide proof that one of their grandparents was born in the UK - a blood grandparent or grandparent by reason of a recognisable adoption, as long as it (adoption) is recognised by the UK," Bassie said. "The rules say if the applicant or parent is adopted, they will meet this requirement. But if they prove they have been adopted by someone born in the UK, it (citizenship) can go through on that basis - once one of the grandparent is born there," he added.

Meanwhile, Laura Butler has stated that the Jamaica Football Federation has not shown that it is serious about acquiring Bailey's services, while noting that other nations and clubs are queueing up to secure the Kingston-born star.

"We (Phoenix Academy) tried for so many years to get Jamaica (football team) to look at our players. We have gone through a series of coaches and Captain (Horace) Burrell and the politics still remains. So this is a perfect indication of a lack of foresight and lack of faith in our own (players). It takes foreigners for us to appreciate our very own and that is really unfortunate," said Butler, who was also instrumental in the club's formation and remains integral in its operations.

"Our grandparent, Frank Lesley Holman, fought in World War II for the British Air Force, so he (Bailey) qualifies by that standard. Leon is the flagship player, along with Kyle (Butler) and Kevon Atkinson. They have paved the way - especially Leon. Now, there are quite a few countries and clubs interested," she said.

"Our grandfather wanted a football team, but even though he had kids, they were always girls, so he ended up with seven girls and three boys. His dream was to make the World Cup. So generations later, here is Leon's opportunity to represent, so things have a way of working out, but we'll see," Butler added.