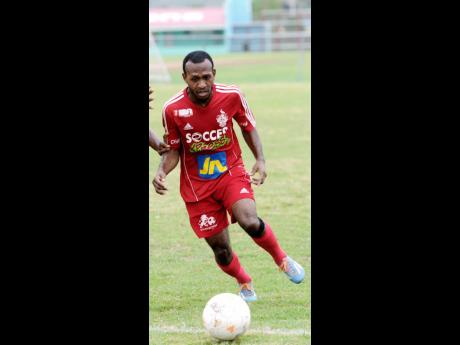 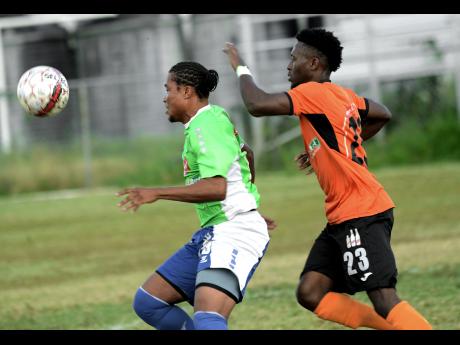 Needing to win to keep pace with rivals in the battle for sixth place, many doubted UWI FC's ability to get three points against league leaders, Portmore United, despite playing at home at the UWI Bowl yesterday. But an inspirational performance from man-of-the-match and first time captain, Akeem Thensted, led the university men to a massive 3-0 win and three crucial points.

Andre Bernal opened the scoring after eight minutes, before Anthony Greenland made it 2-0 after 67 minutes. Thensted then capped a virtuoso performance by scoring the third in the 73rd minute.

The result means UWI FC remain seventh on 39 points, the same as Harbour View who beat Boys' Town 2-1, and Reno who stopped Arnett 2-0. Montego Bay United stayed fifth on 40 points after a 1-0 win over Tivoli. Humble Lion (ninth) also turned back Cavalier 5-1 to climb to 36 points.

Portmore still lead the table with 59 points, followed by Arnett with 47, then Tivoli and Cavalier on 43 each.

At UWI Bowl, the hosts were always one step ahead, and Thensted who played with his heart on his sleeves, led by example throughout the match. He revealed that their meltdown against Arnett on Monday was a big motivation for them.

"The Monday night game kind of lifted us. We were leading two nil, and if we had won the game, we would have basically cemented the fifth place ... but a lapse in concentration caused us to let them back in the game and get a point. So to be honest, it felt like a defeat. We spoke about it in training and we decided that we needed to fight a little harder and push ourselves, and I think that's what we came out and did. Everybody was really fighting and hence the result," he said.

It was the first time the former Waterhouse and Tivoli player was made captain and he knew what was at stake and wanted to lead from the front.

The 31-year-old who has had his problems with injuries this season, has not featured much, but now that he is getting back to full fitness, he expects to have a major impact on UWI FC's final say in the season.

"When I came back midway the second round, I had to regain match fitness, and that was difficult and really challenging, but my fitness level is getting back up, and with more games, it will get better. I am the inspiration to these guys. When there is a player and coach problem, I am the one who talks to them. It was a good performance and I am really happy I could go out and display this type of performance. I will just continue working hard in training so I can come out each game and reproduce this kind of performance," he said.