Levy confident ahead of World Indoors, Thompson gearing up for medal assault 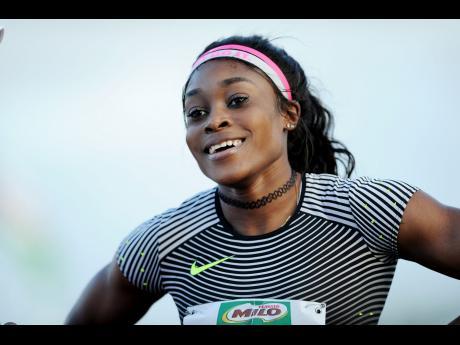 BIRMINGHAM, England:
Double Olympic gold medallist Elaine Thompson and sprint hurdler Ronald Levy were both put through an intense training session by their MVP Track and Field Club coach Stephen Francis at the Alexandria Stadium this morning (Jamaica time) ahead of tomorrow's start of the IAAF World Indoor Championships here.

The 25-year-old Thompson, who won a bronze medal in the 60m at the last championships in Portland, Oregon in 2016, is the fastest Jamaican in the event this year with a time of 7.12 seconds.

She is aiming to become the third Jamaican to win a World Indoor 60m title behind Veronica Campbell-Brown, who won in 2010 and 2012 as well as Shelly-Ann Fraser-Pryce, who won gold in 2014.

Levy, who will be competing at the World Indoor for the first time, is Jamaica's only medal hopeful in event after defending champion Omar McLeod withdrew from the championships last week.

The hurdler arrives in excellent form, this after his personal best time of 7.49 seconds to win men's 60m hurdles at the World Indoor Tour in Glasgow on Sunday.

Levy defeated the likes of American Aries Merritt, who was second in 7.53, while Great Britain's Andrew Pozzi was third in 7.60.

Levy said he is feeling confident about the possibilities of winning a medal for his country at the championships.

"My chances of winning are good, based on the times that I have been running, and so I am just physically prepared for the competition, said Levy.

Meanwhile, the remaining members of the Jamaican team are scheduled to arrive in Birmingham this afternoon.