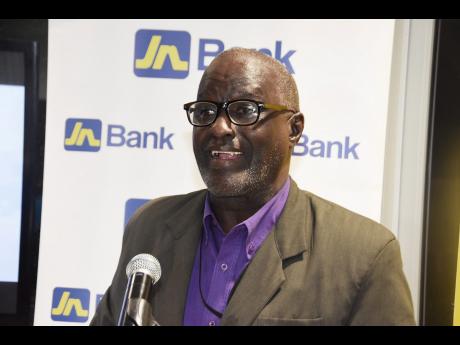 General Manager at the Sports Development Foundation (SDF), Denzil Wilks, has hopes of reviving a project to build a badminton court in the Haile Selassie High school auditorium after those plans fell through some time ago.

Speaking at the launch of the Jamaica Badminton International, Wilks, a product of the Payne Land community, which surrounds the institution, said it was gravely disappointing that the project, funded by the SDF's High School Sports Infrastructure Improvement Programme, was abandoned.

However, he believes all is not lost, and dreams of the inner-city venue hosting international tournaments.

"Some years ago, we had the High School Sports Infrastructure Improvement Programme and schools were selected for infrastructural improvement. Haile Selassie High school, because of their prowess in the game of badminton, were selected.

At a cost of $10 million, the SDF started the ground work to build the badminton court inside the school's auditorium, which would still be useful for hosting whatever school activity it usually does.

"We wanted to play badminton in the inner cities at Haile Selassie. This (venue) would host a number of games and they could still have the auditorium. But it proved to be a little bit too much. The then chairman of the school heard our idea and sought other things that went beyond the $10 million. So unfortunately, it did not happen and we ended fixing the football field. Nothing is wrong with that, but I personally was vexed we were not able to do it. That facility would serve a huge community and a densely populated area. It would genuinely uplift that area with opportunity in the sport of badminton to help lift a community from the morale which it found itself. But I hope it is not all lost because it is not inconceivable that if something like that (venue) is achieved, we could one day be hosting the Jamaica Open at such a facility, where everybody can be comfortable," added Wilks. Jamaica Badminton Association president Nicole Case says they would welcome any discussion to revive the project.

"That is something we are willing to discuss. In terms of courts surfaces, we welcome any assistance and we will support any initiative with any of our government bodies, and we will continue to champion that," she said.