Coaches weigh in on Kelly's injury 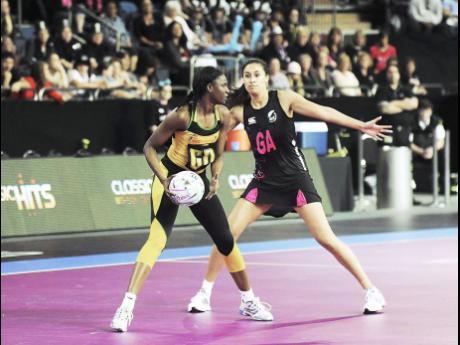 Netball coaches Winston Nevers and Sylvester Campbell hold different views on the likely impact of the injury to Sunshine Girls defender Malysha Kelly to Jamaica's chances at the upcoming Commonwealth Games, which begins on April 4.

Kelly ruptured the anterior cruciate ligament in her left knee and will miss the remainder of the Southern Steel's season in the ANZ Premiership as well as the Commonwealth Games, which takes place in Australia.

Nevers thinks Kelly will be missed in more ways than one, but Campbell is convinced it is not all bad, and believes the team already has a worthy replacement in Jody-Ann Ward.

"Malysha is a great defender, a great reader of the game ,and her concentration level is very good. Her awareness and decision-making [skills] are excellent, and she plays, anywhere - goalkeeper, goal defender or wing defence - so for one of your top defenders to leave at this stage is bad," said Nevers.

He also thinks the injury coming so close to the Commonwealth Games will upset team chemistry and balance.

"She getting injured so close to the time will affect the team on and off the court. If it was earlier like a month or two ago, they could work around it, and people's mindset wouldn't be set on Malysha"" Nevers insisted.

Campbell, on the other hand, doesn't think it's such a great loss, as he is confident Ward is capable of filling the void left by Kelly.

"I think there is a worthy replacement in Jody-Ann Ward. I think she will be good enough. It would be good to have her (Kelly), but I don't think it is detrimental. She would be good because of her experience, but Jody will bring something. She is young, budding and exciting, and, to me, is ready to make her name as she is hungry," he commented.

He says Ward's late call-up could be a blessing for the St Catherine Racers defender.

"Unfortunately, it had to go that way for her to come in, but she is a player with tenacity and works hard and sometimes you have dark clouds with silver linings, and this might just be it for her. Malysha is experienced as she has been on the international scene for quite a while and that is what you need, but sometimes somebody new might just be hungry and come with something more," added Campbell.