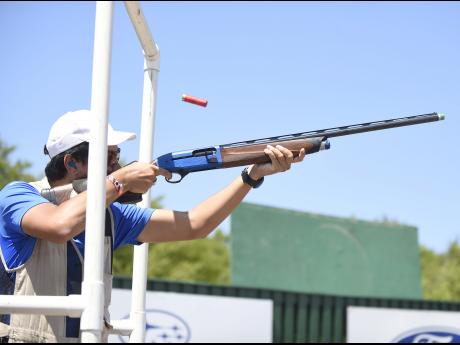 Resident coach at the Jamaica Skeet club Khaleel Azan, wants an increase in schools and competitors participation in the sport.However, one of the biggest obstacles for schools in rurral Jamaica to get involved is that the Jamaica Skeet Club in Portmore, St Catherine, is the lone training venue.

"For rural schools, I try to schedule it (training) if they can make it to specific training, but unfortunately the Jamaica Skeet club is where we train so it would mean they (parents) have to get the kids to Kingston for a Saturday, when I could set specific time for their training," Azan said.

"So it's difficult for them, but I am hoping ,with the completion of the highway, it will take less time to get to the skeet club," he said.

Azan said tournaments like the just concluded Tastee Inter Schools Clay Shooting Challenge, which was staged at the venue on Sunday are important to the continued development and progress of young local shooters.

"We have three junior competitions per year, two inter schools, Tastee in March and ATL Automotive in November and the NCB junior nationals, a 100 bird competition in June," Azan explained.

"It is important to have these competitions. Without these tournaments, kids cannot excel in the sport.

We also use it as a yardstick to measure their development and progress. So my programme is not just about shooting, it's about developing self-esteem, confidence, discipline and focus in the kids, and through competition, I get them to build these qualities," he told The Gleaner.

He noted there are club tournaments every month and juniors compete and enhance their abilities in these tournament with impressive results.

"I am training them to win overall competitions and international competitions. Many are in C Class, B Class and A Class because when they go to international tournaments, they have to shoot in classes with adults, but once a junior reach a certain level, they can participate in club tournaments and they should do it," he added.

Meanwhile, at the Tastee Inter Schools Clay Challenge on Sunday, AISK's Peter Mahfood captured the overall title after topping the six man shoot-off with a score of 62, ahead of teammate Danzell Knight (61), who beat Hillel's Matthew Josephs (61) in the shoot-off for second place.Mahfood (48) also won the Junior A class ahead of Knight (47) and Josephs (46), respectively. Hillel won the team title for a eighth straight year after scoring 217 points, to beat Campion into second place with 211 points.