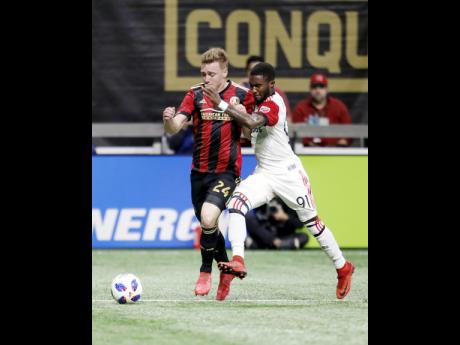 Todd Kirkland
DC United's Jamaican midfielder Oniel Fisher (left) tussles with Atlanta United defender Julian Gressel for the ball in the first half of an MLS match on Sunday in Atlanta. 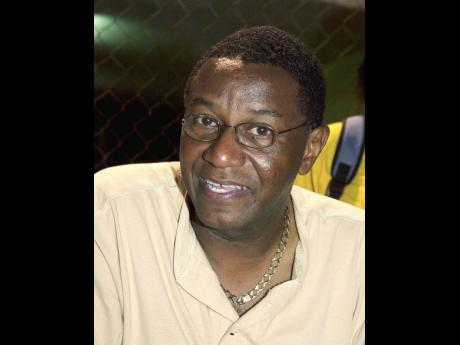 Former Jamaican international and Major League Soccer (MLS) player Tyrone Marshall believes Jamaican players appear to be having a harder time breaking into the MLS because of their inexperience and lack of exposure to professional practices and attitudes, and not because they are lacking quality.

Marshall says local clubs need to create loan or exchange programmes for their young players to prepare them for the demands of professional football, as they will be better nurtured and educated on what is required at a professional level. Though he thinks the overall quality of MLS has improved, he believes Jamaicans and players from the Caribbean have natural abilities and just need their MLS coaches to have a little more faith and confidence in their abilities.

"Jamaican players have teams where they take hold, but it has to be the right fit - the right coach, who wants to show their quality. But they (players) have to have the drive to become better. But if we don't have the opportunity, how can we show it?" he questioned.

"When you have coaches who are willing to give these guys opportunities, it will come out, as we are seeing with the DC United squad," he noted.

For the upcoming season, DC United acquired three Jamaicans in Darren Mattocks, Dane Kelly and Oneil Fisher, with Mattocks expected to lead the line for his new team.

Marshall argues that international slots in MLS teams are quite valuable to MLS coaches, and many times, Jamaican and Caribbean players pay the price and are demoted to the USL (United Soccer League), in favour of more reputed South Americans, Africans, or European counter-parts.

Meanwhile, Clyde Jureidini, Harbour View's general manager, said administrative changes by the US Soccer Federation (USSF) over the last few years have limited Jamaicans breaking into the league, and said that clubs will have to take the opportunities where they come.

"It has become tougher the last two, three years because of problems MLS and the two divisions below them are having," he said. "The USSF decided they want only one secondary division, so there is a fallout with the NASL (North American Soccer League).

"Caribbean players who would go directly to the MLS clubs, they are now putting them into the USL clubs, and a lot of them are out of the league because you have less USL teams. That is why you have a myriad of MLS players coming back to the Red Stripe Premier League," he said.

"Mainly the Caribbean gets squeezed. When their contract end, they boot them out and keep the American players or big-name designated European players, who they can use to market and make money. They are using less players, and their objective is not to develop our players, but to make money," he said.