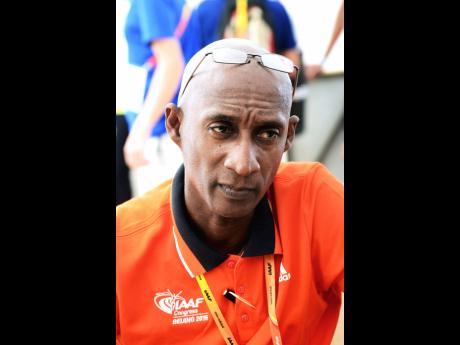 The girls triple jump open was set for one round (straight final) on Friday, starting at 3:15 p.m., however, a notice to the coaches at around noon yesterday, notified them that another round would be added, with the second round to take place on Saturday at 11 a.m.

But the coaches took issue with that decision, saying that it would disrupt their plans. Some argued their representatives would have other events and that it would clash with these events as well as the opening ceremony.

They then commissioned Graham to speak on their behalf with the technical committee, and during that discussion, Gayle insisted they are using IAAF rules, which require two rounds if there are 16 or more competitors in an event.

Graham then met again with the coaches to note which schools would have representatives, and later confirmed that only 15 competitors would be available to compete.

So after meeting with Gayle a second time, the decision was made for the event to remain as is, with one round set for Friday at 3:15 p.m.

Graham noted that higher-quality athletes are being produced and as a result, more competitors are being entered in these events. However, he believes that a change in schedule would have affected many schools.

"Coaches are stepping up; you have more athletes in these events. But it is good that it will remain at the original time, and the coaches are very happy about this," Graham said.

"The numbers we have are sufficient for one round. so it will remain at one round," Gayle confirmed.