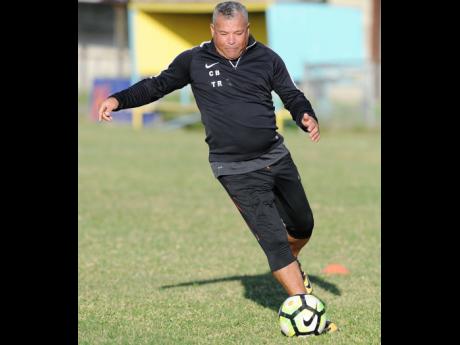 Two days after being elected as president of Maltese Premier League Club St Andrews FC, Craig Butler said that he will be taking the outfit to Jamaica for preseason preparations next month and will stage a series of games and auction for charity.

Butler stated that the club will face Waterhouse FC, Montego Bay United, and Arnett Gardens in games in Kingston and Montego Bay, with proceeds going to a local charity, while claiming that top football agent Jorge Mendes will be on hand and will provide an autographed jersey from his main client, Cristiano Ronaldo, for auction.

"I am now the president of St Andrews FC, officially, and we have decided to do our preseason in Jamaica as we have several players from Jamaica in that team," Butler confirmed.

The games will take place in June, with Butler noting that he was tying up agreements to have them played at Sabina Park and the Montego Bay Sports Complex.

Last season, St Andrews, who finished 11th in the 14-team league, featured nine Jamaicans aligned to the Phoenix All-Stars Football Academy, including Martin Davis, Kemar Reid, Khevaughn Atkinson, and Ricardo Martin, and 14, overall, from the academy. Reid and Atkinson won Player of the Month awards in January and April, respectively.

Butler pointed out that his sons Kyle Butler, who is now working out with German second division club Fortuna Dusseldorf, and Leon Bailey, a star at Bundesliga club Bayer Leverkusen, will be present during the series.

He noted that it was an opportunity to give back, while exposing the club and its Jamaican talent to the public, given the limited knowledge of their quality or that of the Maltese Premier League.

"Many people have said that Malta's league is not big because the country itself is not highly ranked ... . It will be a great opportunity to see the quality of the football, and the players themselves, and give Jamaicans the opportunity to see their Jamaican players, who have been dominating in that league," Butler said.

"It's important first of all to give back to Jamaica. Many of our Phoenix players have come from difficult backgrounds and so have benefitted from receiving help," Butler shared.

Butler, who has had a long relationship with St Andrews, received a letter dated May 2, 2018, from the club's management group, Luxol Sports Club, stating that he had been elected to lead the team and take on the role of club president, following an emergency general meeting that took place that same day.

"I am pleased to inform you that your candidature was unanimously approved. I very much look forward to having you over in Malta as soon as possible so we can officially confirm your appointment with MFA (Malta Football Association) and the media," the letter outlined.

"They say that sometimes a prophet is not heralded in his own country, but for some reason, St Andrews have seen my worth, what I have developed and brought to the table in terms of the quality of our players, the contacts that I now have internationally with agents and major clubs, and they see the benefit to the organisation as a whole in having me lead their team going forward, and that's how the presidency came about," sad Butler, who noted the club's role in his developmental plans.

"We have put in a lot of work in taking the club to the next level, and come next year, you will see some very talented players going into that club. We will continue to use Malta as a stepping stone. Our players will go there for a year or two years, play well for St Andrews and then move on to the other clubs that we have contacts with like Braga in Portugal, Genk in Belgium, and Benfica, so to speak."