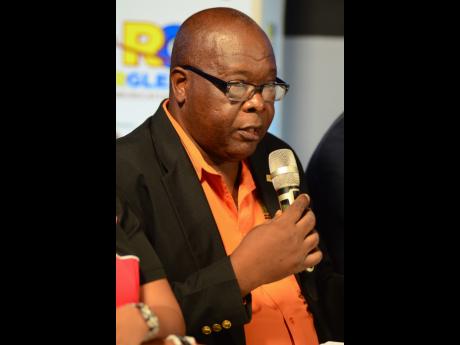 Competitions Officer of the Inter-Secondary Schools Sports Association (ISSA), George Forbes, revealed that more changes could be coming to the Walker Cup competition next season.

This season saw the third placed teams of each Manning Cup group contesting the tournament, a departure from the past format, which saw top two teams contesting for the knockout trophy.

Despite many labelling the newly formatted Walker Cup knockout competition as the 'losers cup', Forbes thought the new version was competitive but admitted that ISSA will still be looking to improve the tournament next season.

"The (Walker Cup) competition overall was very good this season. It was very competitive, and although these were not the best of teams, they gave it their all," he noted.

"But we might do a little tweaking next year because some things did not go well. So we are definitely looking at tweaking some things but it's a work in progress, so let's see what happens next year," he continued.

The nature of the changes are yet to be decided but Forbes says that the administrators will come to a conclusion after further discussions.

He, however, pointed out that the Walker Cup will remain relevant to a lot of schools, despite the criticism of the changes made this season.

"I thought it (Walker Cup) was competitive. Both teams (Excelsior and Hydel) were evenly matched. It (final) was not the most exciting game but it was a competitive game, as none of the teams wanted to go behind.

But both got several chances and muffed them, although that's part and parcel of football.

"However, the schools who have not won (any titles), obviously it is going to be very significant for them but we are planning some changes for next year. Some of the things we are going through and we will sit and look at it properly before we make any decision," he concluded.