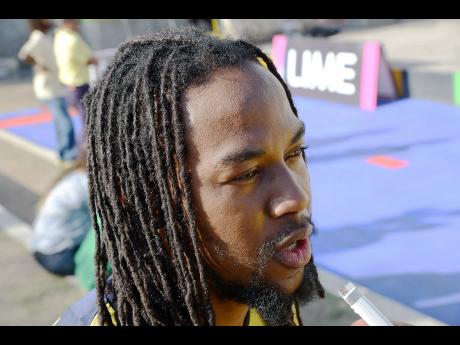 According to several reports, Harbour View head coach and Reggae Boyz legend, Ricardo 'bibi' Gardner, will today offer his resignation to the club, following a string of poor results.

The Gleaner has been informed that the former Bolton Wanderers standout, is walking away from the Harbour View bench, due to his failure to turn around the team's fortunes, after a poor run of results over the past two seasons under his guidance.

Gardner is expected to meet with the club today and submit his resignation.

It is left to be seen whether or not the club's hierarchy will accept the former Harbour View star player's expected resignation.

Meanwhile, former Harbour View head coach Ludlow Bernard, who recently led Kingston College to their first Manning Cup title in 32 years, was tipped to return to the position and take over the reins at the east Kingston club.
Bernard has, however, distanced himself from the position, should it in fact become available, noting that while he is prepared to assist, he is not at this point, able to take over the head coaching job.
In 15 matches this season under Gardner's stewardship, Harbour View, have managed just two wins, while tasting defeat six times and holding seven draws. They currently sit 11th in the 12 team standings, with 13 points, tied with 10th placed Reno and four points adrift of bottom-of-the-table Dunbeholden on nine points.