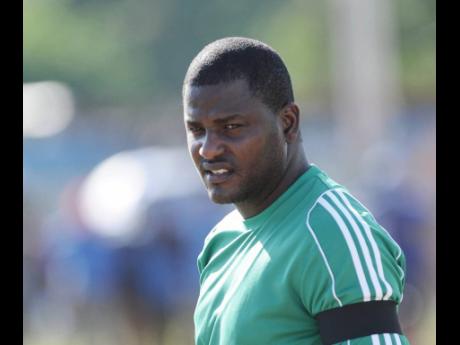 When defending champions Portmore United take on newcomers Mount Pleasant in the first leg of their Red Stripe Premier League semi-final at the National Stadium on Monday, it will be the best attack versus the best defence in the league.

Portmore have 53 goals in 33 games to their credit, six more than the second-most prolific team, Waterhouse, and 12 more than the third-highest scoring team, Cavalier.

Meanwhile, the team with the most miserly defensive record, Mount Pleasant, have conceded just 21 goals in 35 matches, and only Waterhouse and Cavalier come close to their record, with 24 goals conceded. Portmore have let in six more than the top-flight newcomers.

However, in their three meetings this season, Portmore have always managed to breach the Mount Pleasant defence, losing 2-1 in the first match, beating Mount Pleasant 1-0 in the second game and drawing the third 1-1, and coach Shavar Thomas pointed out that they have proven that they can create chances against the stubborn Mount Pleasant backline and that they just have to take their chances on the day.

“Obviously, Mount Pleasant have been really consistent in terms of being the best defensive team in the league. If you look at the results they have had during the season, even when they lose, they never lose by three, hardly by two, it’s either 2-1 or 1-0, so they have been really mean in defence. They have done a lot of work with their defensive, but it’s for us to do our homework and try to counteract that defence,” Thomas said.

“In the three games we played [against] them, we have got chances against the run of play, but we just didn’t take our chances, but we will see come Monday who is sharper and hungrier to get the job done,” he added.

The main contributors in Portmore’s goals tally are Javon East (9); Rondee Smith (9); Roshane Sharpe (5); Chevaney Willis (who transferred in the January Window and has 5); and Rosario Harriot, Andre Lewis, Ricardo Morris, Cleon Pryce and Lamar Walker, with three each, and Thomas put their impressive goalscoring rate down to the players’ desire to win.

“It will all boil down to work ethic. The boys at the top of the pitch – and not only those at top of the pitch but also those on set pieces and such – have a desire to win and come out on top, and that’s why when we get our chances, we want to take them as much as possible. That’s what is expected from them throughout the season, and they have done it over 33 games, so they know what is expected of them,” Thomas said.

Mount Pleasant and Portmore will meet in the first leg of their semi-final at the National Stadium on Monday at 5:30 p.m.