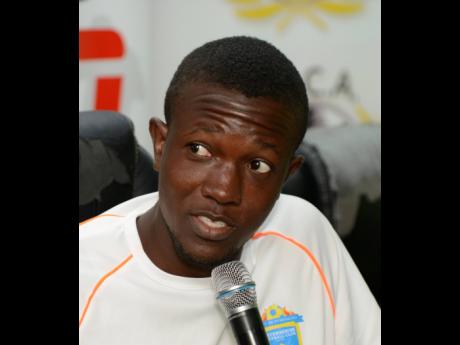 Bent said they have unfinished business with the team that defeated them in last year’s final, Portmore United, who are set to face Mount Pleasant and former Waterhouse coach Donovan Duckie in the other semi, noting that they intend to use the last-four match against Cavalier to make a statement going into the decider.

“We have said that we want Portmore’s head on a plate and we are going for it. If that means we have to go to Cavalier to send a warning that we are coming for them, then we are going to do that,” Bent said. “Their semi-final match-up against Mount Pleasant is not going to be easy, so they will have to ensure that they do their jobs so we can have that rematch, but it (the would-be semi-final) will be like a Contender boxing match again.”

Waterhouse have not been able to get the better of Cavalier over the course of this season, losing twice and drawing once against the Rudolph Speid-coached side, but Bent says that things are different now and that his team is ready to make the most of any opportunities presented in the contest.

“This is not the regular season. Semi-finals is a different ball game, a different 180 minutes. We know what we did wrong (against Cavalier this season) and what we did right. So it’s very much on our minds to get things right this time because if the match turns out to be a dogfight, we are ready, if it is going to be a classic like a derby affair Monday night, we are ready, so anything they bring to us, we are ready for it, and if they make mistakes, we are going to punish them,” added the tough-talking Bent.

“The main thing we worked on, and we have solidified, is the whole aspect of punishing people when they make mistakes, and decision-making in the final third has been more solid, so if Cavalier’s defenders lapse or don’t sleep with one eye open, they will be punished.”