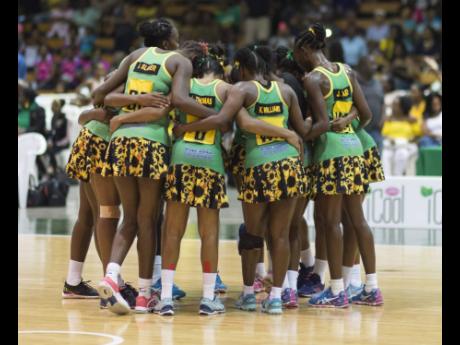 Director of Netball Jamaica, Simone Forbes, is urging Jamaicans to get on board and support the Sunshine Girls in their quest to raise $30 million to assist in their preparation for and participation in this year’s Netball World Cup in Liverpool, England.

Forbes, a former Sunshine Girls captain, told The Gleaner that the association is desperate for the funding, as it would help with the needs of the national side.

“The team has to travel because there is going to be a camp prior to the World Cup, and it has to be funded. Everything is necessary to ensure that the ladies have everything that they need in order to get that gold medal,” Forbes said.

The Sunshine Girls, who won the bronze medal at last year’s Commonwealth Games, are ranked third in the world behind Australia and New Zealand.

The 37-year-old Forbes, who is regarded as one of the country’s best netball players of all time, noted that this is one of the most talented Sunshine Girls teams she has seen over the years and, therefore, believes that they can win the gold medal at this year’s championships.

“I have said that these 15 to 20 ladies are some of the best players that I have seen combined as a team, and I don’t mean good attackers and good defenders and good centre court, I mean across the board, it is more of a balanced team,” Forbes said.

“It shows in the Commonwealth Games performances and our performance against England in our three-Test homes series that we have very good players,” said Forbes, who helped the Sunshine Girls to back-to-back bronze medals at the World Championships in 2003 and 2007.

“We just have to ensure that everything is in place to propel them to gold. I believe that Jamaica has the capacity and capability to be in that final match on the final day,” said Forbes.