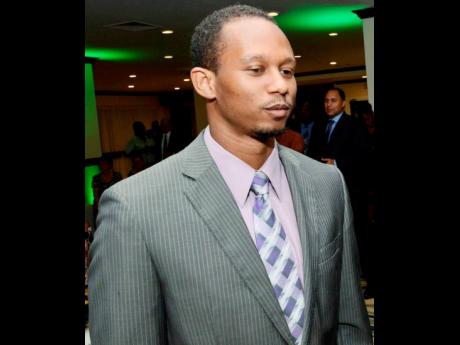 The Christopher Samuda-led administration of the Jamaica Olympic Association (JOA), prior to coming into office, promised that athletes would have an influential voice at the highest level of sport and a constitutional right to representation.

Accordingly, in a meeting of the general assembly early this year, the JOA’s constitution was unanimously amended to create an Athlete Director’s voting position on the board and to expressly recognise the establishment of an Athletes’ Commission.

The commission was established and met after the meeting, and well-known and respected Olympian, Michael Frater, OD, assumed the presidency of the inaugural body.

A member of the world record-breaking 4x100m teams at the 2008 Beijing Olympic Games and the 2012 London Olympic Games, as well as the 100m silver medallist at the 2005 Helsinki World Championships, the well-decorated Frater comes to the table with a wealth of knowledge of, and experience in, athletes’ affairs across disciplines.

An inductee in the Lettermen’s Hall of Fame at the Texas Christian University and a distinguished graduate of Texas Christian University, where he earned a degree with a major in political science and a minor in history, Frater was named in 2003 Academic All American, awarded the 2002 Conference USA Outdoor Track Athlete of the Year, and won the All American Athlete five times.

Frater, in his customary sedate style, said in response to this historic achievement: “I am fully aware of the responsibility I have to give a reasoned and an effective voice on behalf of athletes at the national table and, in so doing, to influence positively the development of sport administration. It is a historic achievement for all athletes and I applaud the JOA for its vision and commitment.”

The team will work closely with JOA Secretary General/CEO Ryan Foster, in developing and executing strategic and development plans and in initiating collaborations with other athletes’ commissions, as well as global sporting bodies and agencies.

In hailing the historic formation of the commission and Frater’s directorship, Samuda said: “Our athletes are why we all are here serving the national interest and, therefore, it is imperative for us to hear their voices, understand their thoughts, give meaning to their language and embrace the lessons of their advocacy. I have every confidence that Frater, a man of integrity, will get the job done.”