Girlz are here to compete – Menzies 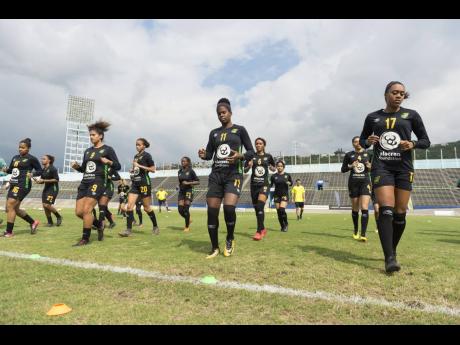 Gladstone Taylor
Jamaica’s Reggae Girlz keep their focus during a training session at the National Stadium on Friday, January 18. 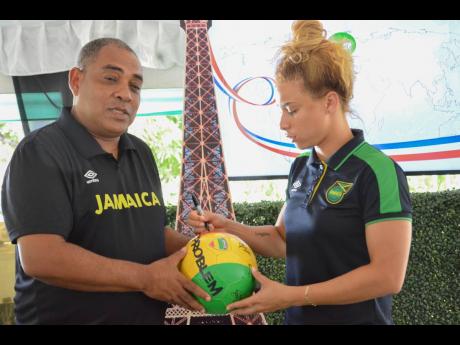 Head coach of Jamaica’s national ­senior women’s team Hue Menzies, has warned that his Reggae Girlz are not in France at the FIFA Women’s World Cup to make up numbers, and has highlighted their strength in transition ahead of tomorrow’s opener against Brazil at the Stade des Alpes.

Jamaica will of course be making their first appearance at the marquee event, but the ­tactician made it clear that the team is not daunted by the challenge of facing ­highly ranked Group C opponents Australia (6th), Brazil (10th) and Italy (15th), underlining that those teams will also have a lot to worry about when they face the world number 53-ranked Jamaicans.

“The entire World Cup is a group of death, so it doesn’t matter where you fall. We are here to compete and we feel like we are ­probably one of the best teams in terms of counter-attacking, so we are going got depend a ­little bit on that,” Menzies said. “Everybody knows it, it’s nothing to hide, but teams will have to deal with our pace and also our attitude to get results, we just have that.”

“Sure we are the youngest team in the World Cup, but in Jamaica, at 16 years old, you’re not really 16,” Menzies reasoned. “The mentality and the things that they have been through, they are a lot older mentally and they can deal with tough situations and again, we were not expected to be here, but they just have to go out there and do what they know best.”

The Jamaicans arrived in France late last week and Menzies, reported that the team has settled in well, ahead of the Brazil contest and says the technical staff will be going over the final details with the team during today’s training session, as they fine-tune ahead of tomorrow’s 3:30 p.m (8:30 a.m. Jamaica time) kick-off.

“Training has been going great, we have acclimated, we have started our process against Brazil. We just finished looking over all the ­tendencies and all that, we did a walk through today (yesterday), putting everything together. Tomorrow we will do the finishing touches – set pieces and transitional play, but everything is good and the mental fortitude is also where we want it to be,” Menzies told The Gleaner.

Meanwhile, Mireya Grey joined the team last night, replacing injured Kayla McCoy, who had to withdraw from the tournament with a knee problem.

Menzies says he is confident that Grey can help the team achieve its objective in France and highlighted her approach and attitude, specifically during the Girlz’s friendly ­international against Panama earlier this year.

“Obviously, we did a one-on-one swap with Kayla being hurt. We are comfortable with her (Grey), I thought she had a good game against Panama, she wasn’t scared to take people on, she’s a young kid and she has the attitude that we want,” Menzies said.