Duckie to be shown the door 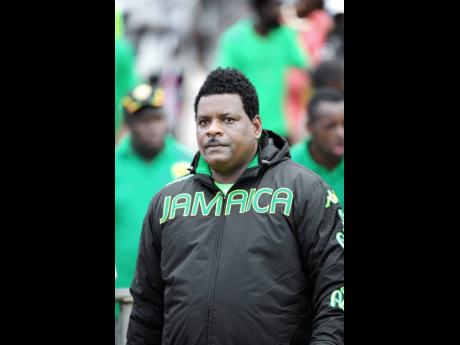 The Sunday Gleaner has been reliably informed that Jamaica Football Federation (JFF) president Michael Ricketts will terminate the contract of national Under-23 head coach Donovan Duckie later this week.

This follows the national Under-23 team’s poor performances in their Olympic qualifiers and Pan American Games assignments over the past few weeks.

The two gentlemen are expected to meet this week to go over everything related to the team’s results, but sources close to the situation are convinced that Duckie will become the first casualty of a summer of failures for his Under-23 Boyz.

The young Reggae Boyz recorded just one win at the Pan American Games in Lima, Peru, a 2-0 win over the hosts in their final group game. This followed 3-1 and 2-0 losses to Honduras and Uruguay, respectively. The Young Reggae Boyz ended their Pan Am campaign with another loss, losing 4-0 to Panama in the fifth- and sixth-place playoff.

Duckie also came under heavy criticism after the team’s embarrassing elimination from the Olympic qualifiers. Playing at home, the Jamaicans failed to beat traditional regional minnows Dominica and St Kitts and Nevis with both games ending in a 1-1 scoreline, despite the high expectations around what has been described as one of the best Jamaican Under-23 teams assembled.

The coach himself hit back at his critics through a voice note that made the rounds on social media. In the clip, Duckie pointed fingers at the JFF, claiming that their failure to provide a dedicated physical trainer for the team affected performance.

When contacted, JFF general secretary Dalton Wint was coy on the matter, pointing to a meeting later this week, involving Ricketts and Duckie, where, he said, all the issues surrounding the Under-23 team’s poor performances would be discussed.

“The meeting is to discuss the performance of the team. It is, basically, a post-mortem of both competitions and his (Duckie’s) employment,” said Wint, who, while noting the possibility, refused to confirm or deny the reports that Duckie would be shown the door.

“Everything will be on the table, especially his employment, and so everything is possible, and so it depends on what comes from the meeting,” Wint added. “Maybe he doesn’t want to continue, I don’t know, but this is a very important meeting because it will be led by the president.”

The administrator pointed out that the JFF remained disappointed with the team’s results in both competitions and wants to get an appreciation of the contributing factors.

“We were not expecting this sort of result at both tournaments because we were expecting to do better and move on,” said Wint.“I think that once you have results like these, then it is always a concern for us, and hence we will be meeting with the coach and then take it from there.”

Meanwhile, efforts to get a comment from the Duckie, who is also the head coach of Red Stripe Premier League outfit Mount Pleasant Academy, proved futile, with several calls to his cell phone going unanswered up to yesterday afternoon.