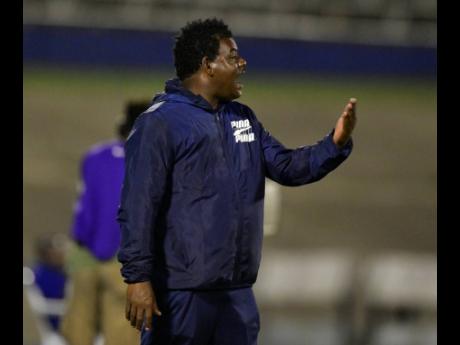 When Donovan Duckie returns to Mount Pleasant Football Academy to continue the club’s preparations for the upcoming Red Stripe Premier League (RSPL) season, manager David Galloway will be hoping that he will be able to put what has been a brutal summer behind him.

Duckie’s last few weeks have seen him lead a gifted national Under-23 team to a shockingly disappointing Olympic qualifying campaign at home where they failed to beat Dominica and St Kitts and Nevis. That was followed by continued failure at the Pan American Games in Lima, Peru, where Duckie’s team did not advance out of the group stage despite winning their last group match against Peru.

Despite his performance with the national team, Galloway has no doubt in his ability to lead Mount Pleasant to their objectives and says that his only concern is how the experienced coach will guide Mount Pleasant into their second season of top-flight football.

“A coach’s job is a coach’s job. You have to mentally and physically prepare your team to go forward. That’s what he needs to focus on when he’s back. [You] can’t cry over spilled milk. You have to put that aside and think about going forward now,” said Galloway in an interview with The Sunday Gleaner.

The St Ann-based outfit is continuing their pre-season preparations and is looking to build on their debut season in the RSPL when they finished third in the regular season with 60 points before falling to Portmore United and Cavalier in the playoffs, finishing fourth overall.

Galloway says he is actively in the market looking to acquire a few additional players to strengthen the team, which, he reports, will retain most of its squad from last season.

“We need one more striker and a midfielder to really wrap up what we have here. But we have a good bunch of players. Most [of them have stayed] from last season. [So we are] putting in some work, hoping to do much better than we did last year,” said Galloway.

Meanwhile, Galloway notes that the players have applied themselves well in preseason and that preparations have so far gone well.

“We mix the training session [levels] with everything. Low, high, medium [as it is] preseason you will have all the different loads just to prepare you. But so far, we are doing well,” he said.

Galloway mentioned the possibility of his team playing in a few preseason matches to gain fitness and has been in discussions with other clubs as they look to improve on last season’s performance with an even stronger push for the title, hopefully, with Duckie still in charge.