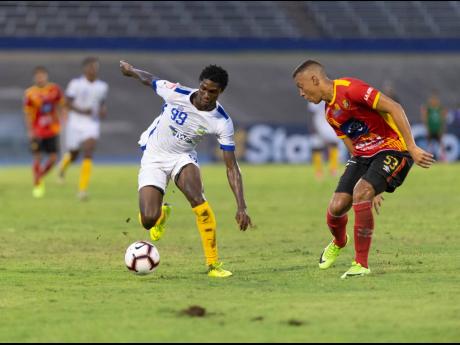 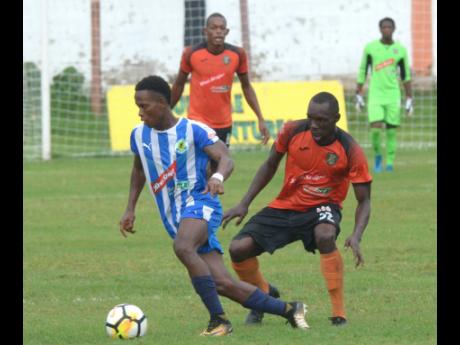 It will be a case of form versus history when leaders and last year’s beaten Red Stripe Premier League (RSPL) finalists Waterhouse play away to eighth-placed Mount Pleasant at Drax Hall today.

Of the five games on today, this is the one with the most appeal even with the newcomers Molynes FC seeking to get back to winning ways after dropping points to Harbour View which caused them to be overtaken by Waterhouse FC. Waterhouse will be keen to maintain their position atop the table while eight placed Mount Pleasant, the team with the deepest pockets, will be looking to turn things around. Home would be a good place to start.

“This will be another humdinger. We have never beaten this team. Of the three times we met last season we lost twice and drew once so their current position doesn’t matter,” Marcel Gayle, coach of Waterhouse said of the game.

Despite the history Gayle expressed great confidence going into the game.

“We are pretty confident still but we know that it will be tough at Drax Hall with their home support and the field. It is wide and they are more used to that but we will have to adjust.

David Galloway, manager of Mount Pleasant FA was similarly positive but mindful of the opponents’ strength.

“Our record states that we have the advantage but Waterhouse are a team that you can never take for granted. Based on our position on the table we are going for a win as only a win can help our position. Our intention is to place in the top six at the end of the first round,” Galloway said.

The position they find themselves in, a total contrast to their debut season, despite having almost the same squad Galloway speculated could be because of a change of coaches during the season.

“Probably a change of coach and a different perspective. The understanding is being worked on and hopefully tomorrow (today) we will see evidence of that,” he added.

Waterhouse’s edge in this game as Gayle pointed out, is their goal scoring. On their books is last season’s leading scorer Colorado Murray, Tramaine Stewart who had one of his best offensive season’s last year as well as Kenroy Howell and Anthony Leslie. The experienced Stephen Williams has also been playing out of his skin and is currently leading the tables with five goals.

Forward Keslon Hall has been making noise for Mount Pleasant but he will need more assistance from Kevaughn Isaacs, Daniel Green and Cardel Benbow all of whom have had national experience along with defender Ladale Ritchie.

At Effortville the home team Humble Lion will be fancying themselves to get the better of third-placed Harbour View and in the process climb above them while Molynes FC will be seeking to get the better of home team Cavalier in their quest to return to winning ways. Cavalier on the other hand will be looking to go one step better than Harbour View, who held the newcomers to a draw, stopping their winning run.