Prince Charles to the rescue for Nunes 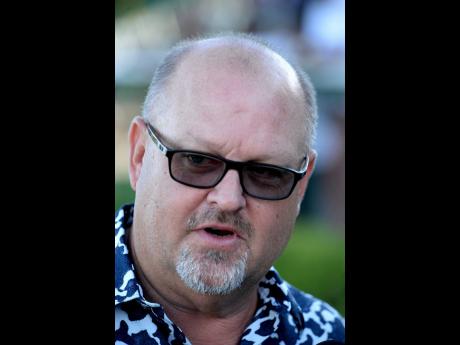 PRINCE CHARLES yesterday rescued what would have been a miserable week for Anthony Nunes, running past TREVOR’S CHOICE a half-furlong out to keep the leading trainer $11 million clear of champion Wayne DaCosta ahead of Diamond Mile weekend.

K J EXPRESS’ disqualification last Saturday, for hindering his stablemate, KALAHARI, was followed by further bad luck for Nunes on Monday with the death of three-time Diamond Mile runner-up, BIGDADDYKOOL.

Yesterday, Nunes, whose lead stands to be seriously dented by DaCosta’s monsters in this Saturday’s Diamond Mile, STRANGER DANGER and SHE’S A MANEATER, suffered another disqualification, ADONIS’ number taken down in the eighth, losing stakes ground to his rival, who had won the fifth with FEARLESS CHAMPION.

However, PRINCE CHARLES, running with the handicaps in his favour, made amends for his last race in which he had decked Shane Ellis at the start on October 12.

Not the best away in the 10th event at five furlongs round, the three-year-old chestnut gelding raced almost fourth-to-last in the 14-horse field along the rail heading into the half-mile turn while TREVOR’S CHOICE, chased by ROJORN DI PILOT amd ENUFFISENUFF, set cracking splits of 22.4 for the opening quarter.

However, PRINCE CHARLES, wound up by apprentice Reyan Lewis, came with a leaping run along the rail, quickly improving into second, then took dead aim at TREVOR’S CHOICE, who he grabbed a half-furlong out, pulling away to win by two lengths in a fast 59.1.