Leaving nothing to chance - JC, STATHS going all out in repeat of 2017 Manning Cup final 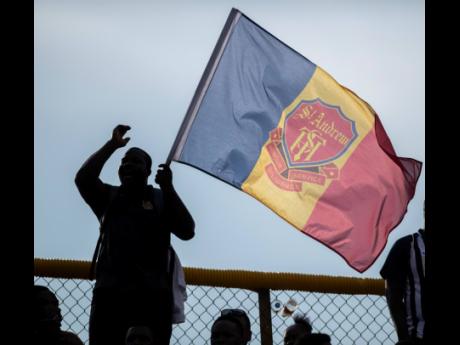 Jamaica College (JC) again or St Andrew Technical High School (STATHS) at last? The final chapter of the 2019 urban schoolboy football season will be written as the schools will face each other in the ISSA-Digicel Manning Cup final this afternoon at the National Stadium at 5.

It will be the second time in three years that the teams will meet for the title. JC topped STATHS when the teams played in 2017. Then, the result was resolved in a penalty shoot-out after both teams finished 1-1 after regulation and extra time.

Head coach Philip Williams says that the team is more prepared to bring the title to Bumper Hall for their first title in 32 years, just as last year’s champions Kingston College ended their own three-decade title drought.

“In 2017, I think we left a lot of things to chance but we paid more attention to detail this time around and I think we are much more ready than we were in 2017,” Williams told The Gleaner.

STATHS won their only Manning Cup title to date in 1987, when the Leebert Halliman-coached team, led by a hat-trick from Morris Cyrus, shocked the nation defeating heavily favoured Excelsior High School 6-1 at the National Stadium.

Williams says that if his team finish the job this year, it would change the perception of the team that was known as a merely defensive-minded one.

“It would take away some of the negative tabloids the team has been given over the past couple of years,” he said. “We tried to shed those tag lines this season, [that STATHS is] a defensive team and boring. We have a lot of naysayers but they really don’t bother us much.”

The 2019 team, led by captain Steven McQueen, Nicholas Bennett, Noel Walker, Rusean McFaquhar and Shemar Daley cruised through their first round group amassing 28 points with a +40 goal difference. They dispatched Eltham 4-3 on aggregate in the second round before qualifying, topping their quarter final group with wins against Excelsior, St George’s and today’s opponents, JC. But they had to earn their final spot defeating Wolmer’s Boys 3-2 to in the penalty shoot-out last week.

The Davion Ferguson-coached Jamaica College make their return to the final after missing out on the showpiece event last year to St George’s College. Ferguson, who took over the team after the departure of Andrew Peart, has the opportunity to emulate Miguel Coley, who won the title in his first season in charge of the school in 2013 and began a streak of five consecutive Manning Cup titles up to 2017.

Ferguson said that their preparations have been boosted with the ability to train for a full week for the first time this year. While acknowledging the strength of their opponents, he says that his team has enough quality to win.

“STATHS are a good team,” Ferguson said. “They have weapons to hurt you but we have enough big game players to create chances and win the game.”

The Dark Blues topped Group E with 32 points and a +50 goal difference, the best goal differential of the first round. After dispatching Hydel in the second round, they had a torrid time in their quarter-final group. After back-to-back draws with St George’s and Excelsior, they were beaten by STATHS in the final game of their quarter-final group and barely squeezed through to the semi-finals on goal difference after both George’s and Excelsior played to a draw. Their semi-final battle against Kingston College was overshadowed by Khalifah Richards’ bite on JC’s Shadane Lopez and Lopez’s subsequent swipe on Richards, but JC prevailed 5-4 on penalties to play for their 30th title. Those key players will include the dangerous Nickashe Murray, Omar Thompson, Tajay Grant, and Phillon Lawrence.