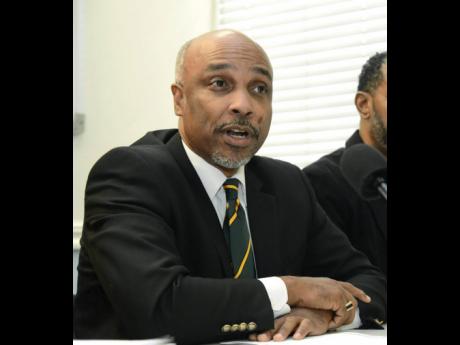 Jamaica Olympic Association (JOA) president Christopher Samuda warns that Jamaican athletes must take responsibility in ensuring that they are not found doping in their respective sports.

The warning comes after the World Anti-Doping Agency (WADA) issued a four-year ban on Russia from participating in all international sporting events, including next year’s Olympic Games in Tokyo. The decision came in response to findings that the country tampered with potential doping cases. The ruling by WADA’s executive committee means that the flag, name, and anthem of Russia will not be visible at next year’s Games and they could also be stripped of hosting major global sporting events.

Samuda re-emphasised the association’s stance on doping, calling on athletes and sporting officials to do their part to commit to making their respective sports drug free.

“We certainly, as the JOA, do not support drug taking in sport at all,” he told The Gleaner. “We encourage our athletes to ensure that in their own interest, they should ensure that they do not abuse their bodies.”

Although the ruling bars the country from competing, its athletes may be allowed to participate in the events if they can prove that they are clean. Samuda says that while WADA’s decision may be seen as harsh, they cannot be criticised for taking extreme action based on the accusations and the evidence supplied.

“If there is further evidence of [more] doping, then you can’t fault WADA for being more stringent in terms of the approach to Russia,” he said. “In this context, you have a country that there is evidence that they have been still doping based on previous decisions of WADA, so they would have to take that into account.”

When contacted, Jamaica Anti-Doping Commission (JADCO) chairman Alexander Williams said that it was “very unfortunate for the continued fight against doping in sport when a National Anti-Doping Organisation (NADO) is found to be non-compliant.” However, he declined further comment on the matter.

The sporting ban will also include the 2022 FIFA World Cup in Qatar should Russia qualify. WADA said that they would be allowed to use their name during the qualification tournament but would have to come up with an alternative designation that does not include Russia.

Russia’s anti-doping agency will have 21 days to appeal the decision, and if such an appeal is forthcoming, the case will be heard by the Court of Arbitration for Sport in Switzerland.