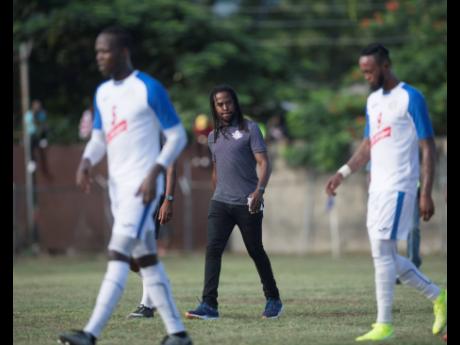 Defending Red Stripe Premier League (RSPL) champions Portmore United will have a tough assignment in their Concacaf Champions League campaign as they will face Mexican outfit Cruz Azul in the round of 16 next year.

The teams were paired together at the draw last night, held in Mexico. Portmore will host the first leg of the tie between February 18 and 20, after which they will travel to the Atzeca Stadium for the return leg between February 25 and 27.

The Ricardo Gardner-coached team is the fourth Jamaican club to participate in the competition since its rebranding from the Concacaf Champions Cup, and Gardner says that while the task is daunting, it will provide an opportunity for his players to test their abilities on the regional level.

Next year’s competition will have a new format, eliminating the traditional group stage and pairing the 16 qualified teams together for two-legged ties throughout the tournament, including the final.

Harbour View were eliminated in the preliminary round of the competition, while Montego Bay United and Waterhouse did not advance past the group stage.

Gardner says that Portmore United will leave no stone unturned in their preparations for the Liga MX side.

“We have worked hard to be here, we are privileged to be here, and we are going to put our best foot forward,” he said.

The club’s last participation in a regional tournament was during the Concacaf Champions Cup in 2006, where they were eliminated in the quarter-finals by eventual champions Club America.

Their opponents Cruz Azul won the tournament in the 2013-14 season and finished 12th in this season’s Apuerta tournament, four points behind the play-off places. The winners of tie will face the winners of the Los Angeles FC/Club Leon match-up in the quarter-finals in March.