High expectations at MVP for Spencer-Carter 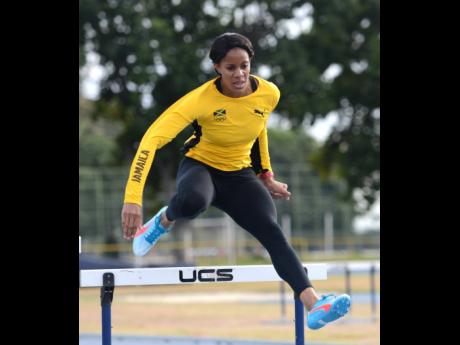 The 32-year-old Spencer-Carter, the 2014 Commonwealth Games champion, recently returned to MVP after a fallout in 2015 that preceded stints at the Cameron Blazers group, the Elite Performance Track Club coached by Renaldo Walcott and Maurice Wilson’s Sprintec, where she was based last season.

However, since leaving MVP in 2015, Spencer-Carter has not represented Jamaica at a championship event and has also failed to run close to her personal best time of 52.79 seconds, which she achieved in August 2011. In fact, she has not posted a time below 55 seconds since leaving the University of Technology-based camp, with her best time since 2015 – 55.02 seconds, coming in 2016.

Francis told The Sunday Gleaner that since Spencer-Carter’s return to the club, the 2006 World Junior 400m hurdles champion has done all that have been asked of her, noting that the athlete has adapted well since rejoining the club where she began her professional career.

“She has training very well and, hopefully, it will turn into something that everybody will be proud of,” said Francis. “She is consistent and she tries to do the things that we asked her to do.”

The vastly experienced coach underlines that he is just hoping that the hurdler stays injury-free throughout the 2020 season, while adding that he is expecting good returns from her once she is able to stay healthy.

“It is a process and we will just watch and when she starts competing, we will just see how she develops,” Francis said.

“We are just keeping our fingers crossed and we are optimistic that she will have a season that will outdo her expectations,” he said.

Spencer-Carter is the second fastest Jamaican woman in the 400m hurdles behind Melaine Walker, who holds the three fastest times in the event by a Jamaican with a best of 52.42 seconds.