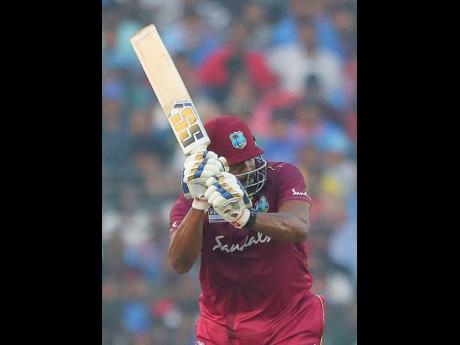 Captain Kieron Pollard said he was proud of the strides West Indies had made despite their 10th straight one-day series defeat to India here Sunday.

Chasing a victory that would have ended their near two-decade wait for an away series win against the subcontinental powerhouses, West Indies went down by four wickets in a tense finish at the Barabati Stadium to concede the three-match rubber 2-1.

West Indies won the first match in Chennai by eight wickets before India levelled in Visakhapatnam with a 107-run win.

“I don’t think there’s much to be disappointed about,” Pollard said following Sunday’s loss.

“Yes, we live in a results-oriented world where results matter, but when you look at where we have come from to where we are at this point in time, honestly, I’m very, very proud of the guys.

“They carried themselves well in the two series and the mettle that they showed, the mindset in terms of our batting. Yes, we faltered a bit with the ball in the field and the total attitude from the management staff and the team. You can’t fault the guys at the end of the day.

“Yes, we came out on the losing side, but well-played to India for going out and pushing the limits and showing why they’re the number one team. We competing with them and pushing them all the way, I think was fantastic.”

There were several bright sparks for the Windies during the series, primarily among the batting group. Opener Shai Hope extended his excellent form with 222 runs at an average of 111, including an unbeaten hundred, while Shimron Hetmyer got the other century for the Caribbean side – 139 in the opening ODI – to finish with 180 runs at an average of 60.

Left-hander Nicholas Pooran also impressed with whirlwind half-centuries in the last two ODIs to end with 193 runs at an average of 96.

“And we got a glimmer of what they can do – Pooran getting a couple 50s, the way Hetmyer has batted, getting over 130 in one of the games, Shai Hope and his consistency, there’s still Brandon King, who hasn’t got that opportunity … . I think there’s a lot to look forward to for us in the near future.”

Pollard also managed to get among the runs, notching his first half-century since his recent return to ODIs following a three-year break.

He had managed only 35 runs from three previous innings but came good with a shot-filled 51-ball unbeaten 74 to help propel West Indies to 315 for five.

“When you get an opportunity, you want to be able to capitalise on it, so for me, it’s just trying to contribute when it’s necessary for the team and trying to guide these guys. Again, I’m very, very excited about what’s to come.”