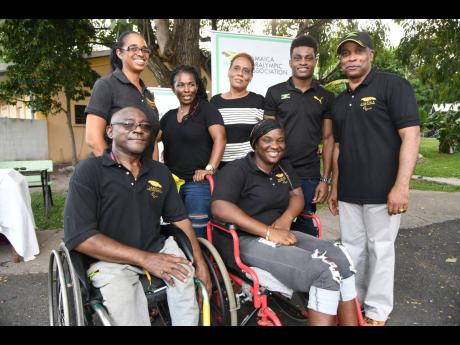 The announcement was made at the JPA’s Year In Review Rave, held at the Sir John Golding Rehabilitation Centre on Saturday.

JPA president Christopher Samuda congratulated the achievers and said that para sports had now gone into “uncharted waters with the advent of judo, taekwondo, badminton, wheelchair fencing, rowing and sitting volleyball, He said that the organisation will continue to “challenge our youth who have God-given talents and abilities to transcend perceived limitations.”

He challenged the athletes to “remain focused, reach for the impossible, go beyond the incredible and claim the victory.”

Paralympic icon Alphanso Cunningham, who has claimed world and regional records in the javelin and medals aplenty in that discipline and shot put, and who is now pursuing wheelchair racing, encouraged new athletes to excel.

He was joined by senior athlete Sylvia Grant and sport manager and noted Paralympian Neville Sinclair, in saluting the medallists of this year’s Parapan American Games, which was held in Lima, Peru.

Directors Suzanne Harris-Henry, Thelma Johill, and Major Robert Neish, as well as sport administrator Ann Marie Smith, encouraged the athletes to continue to strive for excellence as the JPA creates further opportunities for them to achieve.