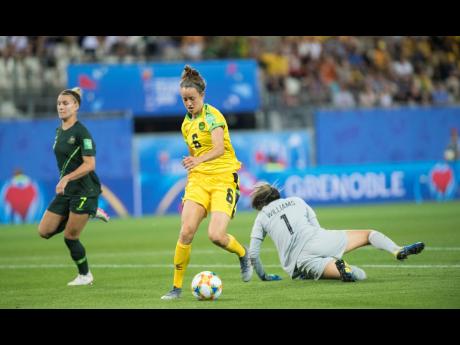 As the year 2019 draws to its inevitable end, the thoughts of members of the sporting community ought to be focused on what is in store for the nation’s sportsmen and sportswomen. One area which should be up for primary and painstaking analysis is how the country’s athletes representing all sports can improve on their performances of 2019. Of course, officials and administrators should be a significant part of the equation, as they too have underperformed while carrying out the functions which have been assigned to them. They had willingly signed up for positions where they deem themselves to have competence and, whether or not they receive remuneration, they should be accountable.

Having said that, Foster’s Fairplay wishes to highlight the situation in football. Of all the mistakes made, this is considered to be the most difficult pill to swallow. The present head of the Jamaica Football Federation (JFF) is Michael Ricketts. On his shoulders should rest the blame for a few false moves in that sector, which should not be repeated. The failure to field a team of youth footballers in a regional competition which could have ended with qualification for an outing at the world level is inexcusable. It was to be held close to the Easter holiday weekend and the excuse given was that the US visa application was not submitted on time. It was a palpable error in judgement and should have meant that the responsible administrator should have been separated from his post. The explanation given, which spoke to a mix-up because of the holidays, was weak and, in fact, an insult to the football-loving public.

Then, there were the unhealthy situations regarding the history-making Reggae Girlz on their way to the FIFA Women’s World Cup in France, during the competition and after it had ended. First, there was another faux pas in booking of flights for a pre-tournament friendly in Scotland. One cannot recall a plausible explanation from the JFF and, if there was one, it still left a sour taste in the mouth of supporters. The three-match schedule was unsuccessful in terms of wins, but the nation’s spirits did receive a lift from the single goal against Australia by the foreign-based Havana Solaun on an assist by Khadija ‘Bunny’ Shaw. There were scenes which highlighted the inability to access the Girlz by benefactor Cedella Marley, the daughter of the late reggae icon Bob Marley. It appears from what was later made public that the federation’s offer of accreditation was a bit late coming after she had already secured credentials for her entourage and herself.

To cap it all, the public airing of a tug of war over salaries and bonus payments to both the Girlz and the coaching staff was shameful and left the entire programme in a cloud of disrepute. One is not assured that it was necessary to play this dispute in the public space. It led to the resignation of the head coach, Hue Menzies, and although the players have since received full remuneration, the coaches are, at the time of writing, still to be paid.

Now, the search is on for a new head coach at a time when the qualification exercises for the Tokyo Olympics, later this year, should have been long under way. To onlookers, it seems to be no secret that the federation was anxious to see the back of him. To be honest, that is an understatement, as no one appears to be saying “We have made some errors, so let us talk.” His departure, from reports in the media, was more of a situation of his being ushered through the exit door.

Let all parties in this latest dispute with coach Menzies and staff get together and sort it all out. Too much hard work and discipline have been invested by so many individuals, including the Girlz, who have been exciting and have won the hearts of the nation. This might look like a tough task to reunite and settle the disputes but time could tell that it only needs a certain level of commitment and belief that should not be hard to achieve.