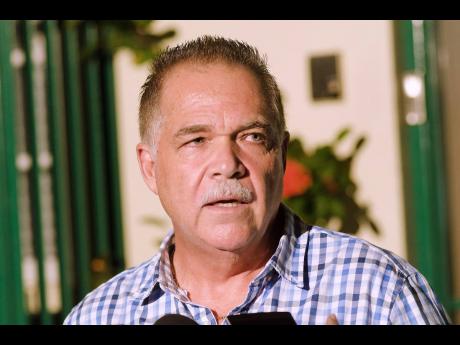 Aquatic Sports Association of Jamaica (ASAJ) president Martin Lyn has predicted a strong season from Olympian Alia Atkinson, who is about to kick her preparations for the 2020 Olympic Games in Tokyo in high gear.

The national record holder will begin her season in China being among an invited list of athletes, taking part in the 2020 FINA Champions Series.

The event, which is in its second year, brings together the top athletes from around the world competing in their various disciplines. All events will be contested with four athletes per discipline with an increased prize purse. Winners will receive US$16,000 with a world record bonus US$20,000. The first meet will commence at the Shenzhen Universiade Center Swimming Natatorium in Shenzhen from January 14-15 with the second and final meet of the series to be held January 18-19 at the Ying Dong Swimming Natatorium in the capital city of Beijing.

Lyn says that the event will be a great way for Atkinson to start the road to Tokyo and to be able to find top form when the Games start in July.

“From my point of view, I know that she is very fit and very focused,” Lyn told The Gleaner. “I think that this is just a small stepping stone towards greater things.”

It was in China last August that Atkinson secured her place for this year’s Olympic Games in Tokyo, winning the 100m breaststroke event at the second meet of the FINA Swimming World Cup in Juan.

Lyn says that it is not a surprise that she was invited to compete in the Champions Series, which kicks off the new swimming ­season, given her accomplishment and her reputation in the sport.

“It’s obvious that she is regarded very highly in the world in ­swimming. It’s not a surprise to me that she was invited to this event and others,” he said. “That is kudos to her training, her hard work, her dedication and, of course, Jamaica by extension, does benefit from all of the exposure that she brings to us and obviously the swimming federation is very proud of her and very proud of what she has achieved. We look forward to a great 2020 season from her.”

The reigning National Sportswoman of the Year will be doubling up in both meets in the 50m and 100m breaststroke and will be competing alongside Italy’s Martina Carraro, Finland’s Ida Hullko, Molly Hanna of the United States, Yu Jingyao of China and Sydney Pickrem of Canada.

Atkinson is in the running for consecutive RJRGLEANER National Sportswoman of the Year awards and is the lone non-track and field athlete among the nine finalists. Four-time 100m world champion Shelly-Ann Fraser-Pryce is a strong favourite to capture her fourth award.