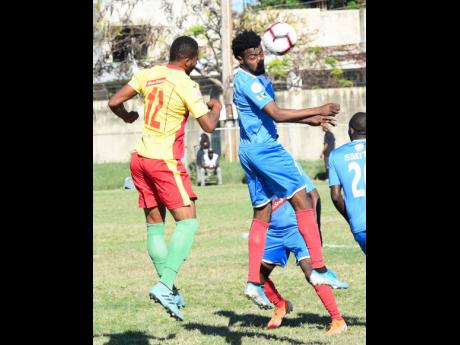 Revamp is the buzzword on the minds and lips of several local football stakeholders. By definition, it speaks to giving new and improved form, structure and appearance. This is the perfect description for what is being wildly recommended for Jamaica’s top-flight football league, the Red Stripe Premier League (RSPL).

Fix the surfaces, upgrade the stadia, better market the league, do more fundraisers and merchandising, create some star players and pay them better, run the clubs as businesses, implement a franchise system are but some of the cliché-laced verbiage that my nine-year-old nephew could nonchalantly deliver on one of his smarter days.

We would all dearly love to see Jamaica’s Premier League get to a stage where we consistently have jam-packed stadia with patrons enjoying exciting, action-packed football being played on excellent surfaces, with the players being well-paid, happy professionals, and the clubs and the league boasting huge super profits. Is that even remotely possible in the short to medium term? No.

There are two intrinsic debilitating fundamentals against the league getting to anywhere near the levels where some stakeholders and members of the talking class seem to expect it to be. Most people are reluctant to accept the fact that Jamaica does not have a football culture. When it comes to football, we have a ‘wagonist’ culture. Jamaicans will generally go out and physically support teams that are winning, but when that team starts to lose, that physical support dries up, and this applies from the schoolboy level, through the club level, on to the national level.

Fans of clubs in the developed football cultures of the world have no such conditions attached to their support. In England, for example, even if a team is destined for relegation from the EPL, their fans remain steadfast. The home stadium remains sold out and filled to capacity with loudly cheering fans, even to the last day of the most wretched of seasons. That is an index of a mature football culture.

The other piercing fundamental is that football remains the sport of the common man. The simple yet beautiful game is consumed mostly by the lower socio-economic classes of the world. Jamaica cannot escape that global dynamic. We exist within a relatively small, struggling economy with comparatively minimal levels of disposable income, especially among the average football fan.

It is not by accident that the top football leagues of the world are located in wealthy developed nations with vibrant booming economies, and that the best players from the smaller, poorer nations gravitate towards these bigger more lucrative leagues in these bigger, more prosperous nations.

Absolutely, aspects of the RSPL (Red Stripe Premier League) could be improved. Even within our severe limitations simple aspects of our execution could be different, especially from the promotional and marketing perspective. After all, there are football products at the amateur schoolboy level within the very same Jamaican space that are packaged, presented and better received than the RSPL. This, again, points to a cultural anomaly that is unique to Jamaica.

Ideally, Jamaicans at all levels, from the corporate boardroom, through the community, down to the preparatory and primary schools should be transformed into real football fans. A commensurate transition in the general economic welfare of our people would be equally beneficial to the fortunes of the League.

Until these changes occur, we will continue to be limited to these long, passionate and exhausting debates about the state of our Premier League. Jamaica, like many other small countries, does not have the numbers and/or spending power needed to drive a viable professional football league. A fact about which I sincerely hope I will be proved wrong.