Bloomfield to focus on 400m this season 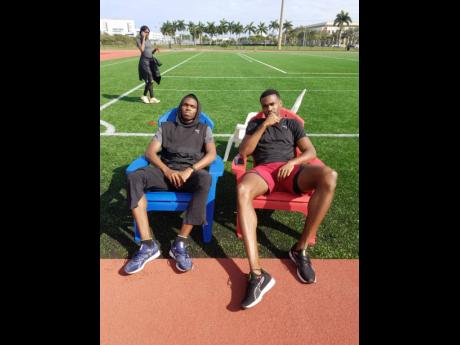 Former Kingston College and University of Auburn star Akeem Bloomfield will be zooming in on the 400 metres for the 2020 Olympic Games year.

After competing in only the 200m at last year’s National Senior Championships and failing to finish among the top three, Bloomfield was still selected to run the individual 400m at the Doha World Championships, as he was among the athletes who had the ‘A’ standard qualifying time for the event. The country’s second fastest man in the event with a best of 43.94 seconds went on to reach the final of the one-lap race in Doha.

Speaking with The Sunday Gleaner recently after a training session at the Florida Atlantic University (FAU) in Boca Raton, Florida, where he, along with five other Jamaicans, is based under the MVP International Club banner, Bloomfield said he was looking to have very special 2020 season.

“I am hoping for great things this year in the 400m as I am aiming for a big personal best,” he said. “ I did not compete in the event at the trials last year because I had only competed once in the 200m leading up to the meet. I had hamstring and back issues and decided to compete only in that event. I am even more motivated this time around, and now being a professional athlete, I am now more focused,” he added.

Bloomfield, who signed a professional contract with Puma after his second-place finish in 43.94 at the NCAA Championships in Eugene in 2018, said he is enjoying life as a professional athlete.

“Now I am able to train better as I do not have to think about classes. I now have a strict and healthy (diet) regimen and am concentrating on better nutrition,” he said.

Bloomfield also hailed the work of his coach Henry Rolle.

“We started this union in 2018 and it has been fantastic as we are getting to learn more about each other,” he said.