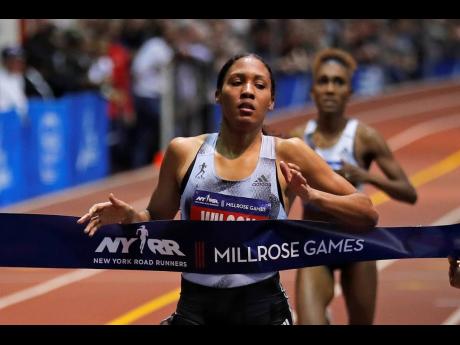 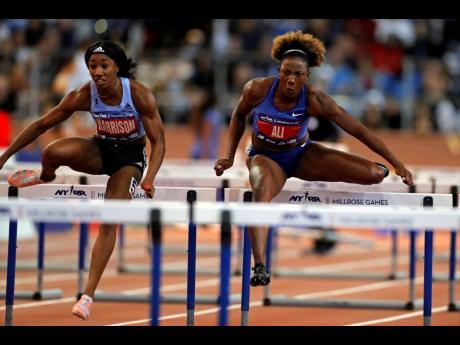 Jamaican sprinters Briana Williams and Kevaughn Rattray were both third in the women’s and men’s 60 metres, respectively, while sprint hurdler Brittany Anderson produced a personal best.

Williams, the 2018 World Under-20 double sprint champion, clocked a season’s best 7.18 seconds in her event. She was fastest out of the blocks and led for the majority of the way before being passed close to the finishing line by the United States pair of Javianne Oliver who won in 7.13, and Marolake Atkinson, the runner-up in 7.16. Veteran American Allyson Felix was sixth in 7.32, while Trudyann Williamson of Jamaica was eighth in 7.37.

Former St Jago High sprinter Rattray clocked 6.62 for his third place. It was another American one-two in this event. The fast-finishing Ronnie Baker won in 6.54 ahead of the fast-starting Denek Kemp who took second in 6.56.

Sprint hurdler Anderson, the 2018 IAAF World Under-20 100m hurdles silver medallist, continued her good form competing with seniors as she finished fourth in the women’s 60m hurdles in a personal best 8.02 seconds. World 100m hurdles record holder Keni Harrison, of the United States, won in 7.90 seconds, ahead of her countrywoman, Nia Ali, 7.96. Janeek Brown of Jamaica ended sixth in 8.10.

Donovan Brazier and Rai Benjamín of the United States produced big performances on the track after breaking meet records in their events. Brazier, the Doha 800m World champion, clocked 1:44.23 for his first Millrose Games win in the event. Benjamín, who was second in the men’s 400m hurdles in Doha, won the men’s 300m in a personal best 32.35.

Jamaica’s Kemoy Campbell, who collapsed on the track last year and had to be rushed to a nearby hospital, was among the fans at the meet.