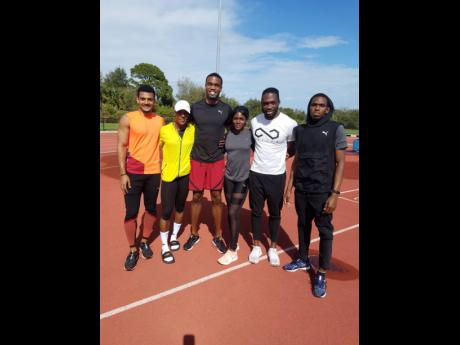 Following a recent training session at her base at the Florida Atlantic University (FAU) in Boca Raton, Florida, with her MVP International teammates, Whyte spoke about her 2019 season and her expectations for this year.

“It was great to compete at the World Championships for the first time and I felt very blessed to be selected on the national team,” she said.

Whyte, a 200m finalist at the 2014 World Under-20 Championships in Eugene, Oregon, had good results at both the University of Auburn and Florida Atlantic Universty before going professional and she is eyeing bigger and better performances this year.

She was better at the 200m in her early career but Whyte says she will be concentrating on both sprints this year.

“I love the 200m, and with college out of the way, I have more time on my hands to plan and I will be doing both events because any number can play. Earlier, I had problems with my start in the 100m but that has now improved and I definitely will be preparing to do both events.”

Getting the job to lead off the winning 4x100m team in Doha made her feel very special.

“There is a God and with him all things are possible and He wanted people to see the hard work I had put in. That (performance in Doha) has really motivated me and I know it will be very challenging to make the team to the Olympic Games this year, but my goal is to stay healthy and once I do that then anything is possible,” she concluded.