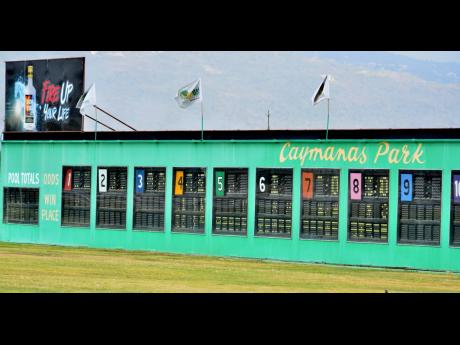 Kenyon Hemans
The out-of-service tote board at Caymanas Park. 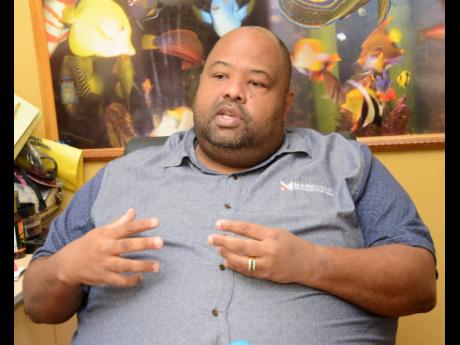 Chairman of Supreme Ventures Racing and Entertainment Limited (SVREL), Solomon Sharpe, says his organisation has been working assiduously to install a new tote board at Caymanas Park.

The tote board, which provides punters at the track with the odds and dividends on race-days, has been out of service since August of last year. It is located on the infield at Caymanas Park.

Sharpe told The Sunday Gleaner that the current tote board has been at the track for more than 30 years and is now outdated and needs to be replaced urgently.

“On one occasion, it was a lizard that stopped it from working, and there is an old tape system in the back of it, and so it is really old technology,” said Sharpe.

“We have tried our best in sourcing the parts from as far as Europe, China and the United States, and everybody, pretty much, laughed at us. They said it’s old technology and there are no spare parts for it,” he said.

“We have made presentations to the project manager and committee who oversee all the developments at the track on behalf of the Government, and we have stated to them that the tote board is out and it needs to be replaced, and we are just waiting for their blessings, because this was not one of the items that was due to be done within the divestment,” Sharpe said.

He emphasised that the tote board plays a very significant role in the patrons’ experience at the Caymanas Park and, therefore, SVREL is trying its best to have the matter sorted out as quickly as possible.

“I think we are going to have to get a new one with new technology, but, in doing so, there are certain tees that are going to have to be crossed with the project management committee, because, remember, we still don’t own the track and, if we are doing certain things, we have to tell our landlord what we are doing and our landlord is Caymanas Track Limited (CTL),” said Sharpe.

Replacing the tote board will prove very expensive.

“The cost for a new tote board varies because it all depends on what size and what configuration, but these things are in the hundreds of thousands of United States dollars. Our racetrack is a big racetrack and we have to look at the size that we put up, so it doesn’t get lost,” he said.

Sharpe noted that his organisation is, in fact, currently in negotiations with four companies to purchase a tote board, but this can only be done after they have signed off on an agreement with CTL.

“The tote board definitely adds to the experience at the track, it gives relevant information and so we are working behind the scenes and, hopefully, we will be able to make an announcement soon as to when we will be able to have a new board,” Sharpe said.