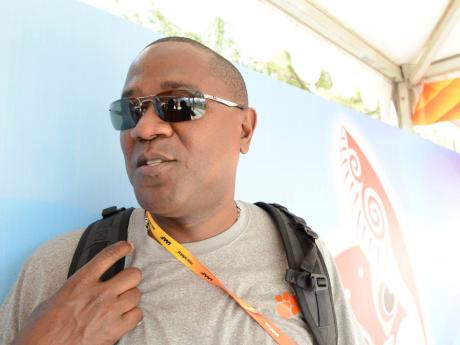 Last week’s decision by the American National Collegiate Athletics Association (NCAA) Division One Council to give college athletes who compete in spring sports an extra year of eligibility could affect some local high school athletes.

The NCAA’s decision was made after the season was cut short by the coronavirus pandemic.

The virus forced the cancellation of a majority of sporting events worldwide, and a big casualty locally was the ISSA/GraceKennedy Boys and Girls’ Championships. Boys and Girls’ Champs would have been the final time for several athletes to showcase their talents to the dozens of overseas coaches who usually attend the championships on recruiting missions.

With the abrupt end to the track and field season, both locally and overseas, and with the NCAA schools giving their seniors an additional year to compete, first-year athletes could be affected. The budgets of the various institutions will be important as each institution has to decide what it can do.

Some college coaches have made their choices already with regard to the talent they need.

“We already knew the athletes we wanted. On most occasions when we attend these championships, it is to watch the performances of the younger athletes,” said Mark Elliot, director of track and field and cross country at Clemson University in South Carolina.

Elliot, who is in his seventh season at the helm at Clemson, said: “On the surface, it should not affect incoming students. There is a lot of flexibility. One institution may just have everyone return and still sign all freshmen while another may choose to do something else. This is really early to comment. Once we get back to normalcy, then I will have a more detailed answer on the matter.”

Recruiting coordinator and assistant coach at the University of South Carolina Kevin Brown stated that schools can also take in new students as long as they can pay for the extra season for seniors.

“We can take in new students as long as the university can afford to pay the extra money. Some people will have to make a decision on if they can afford it or tell one or two not to come,” he stated.

Maurice Pierce, director of track and field at Hampton University in Virginia, pointed to the National Letter of Intent (NLI).

“If a high school senior has already signed an NLI and scholarship, then the college will still have to honour it,” said Pierce. He added that schools without large budgets would have to find other ways like getting help from the conference to which they are aligned.

Edrick Floreal, head coach at the University of Texas, El Paso, had little to say on the topic.

“We have been asked by our leadership team not to make any comments until they have had time to digest the news,” said the man who has guided the likes of Omar McLeod, Kori Carter, and Keni Harrison to World outdoor and indoor titles.