Woolery: Foote was ready for big performances in 400m hurdles 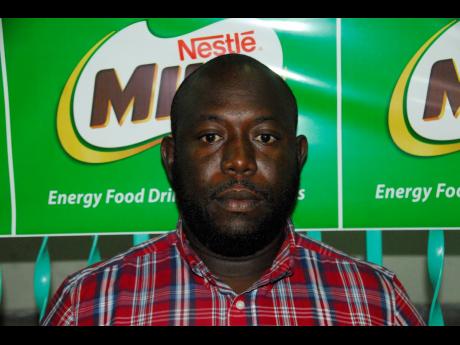 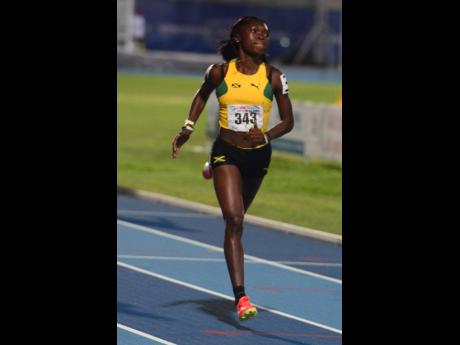 The 2020 ISSA/GraceKennedy Boys and Girls’ Championships was expected to be one of the most competitive and exciting in recent years. The meet, like many other sporting events both locally and internationally, has been cancelled for this year because of the deadly coronavirus pandemic now sweeping the globe.

Before the meet was cancelled, however, a lot of track and field fans were looking forward to the girls’ Class One sprint clash between Edwin Allen High’s Kevona Davis and Hydel High’s Ashanti Moore. In 2019, both athletes had gone under 11.2 seconds for the 100 metres, as Moore clocked 11.17 to win the Class One event with Davis winning the Class Two final in 11.19.

However, despite not getting a great deal of attention, the 400 metres hurdles open for girls was expected to be a cracker. Defending champion Lashanna Graham of Edwin Allen was expected to get great competition from Petersfield High’s Shaquena Foote and Hydel’s Garrel Whyte. All three had done personal-best times ahead of the 2020 championships. Graham clocked 57.36 seconds at the Youngster Goldsmith meet, while Foote (57.60) and Whyte (58.06) had career-best times at the Carifta Trials, where they finished first and second, respectively.

Machel Woolery, the Petersfield High coach, in a recent interview with The Sunday Gleaner, stated that it would have taken a low 56 seconds to win the event, and while he respected both Graham and Whyte, he was confident that his charge would have won the event as she was peaking at the right time.

“Shaquena was ready for big things this year with Champs being the first step, as her programme in 2020 was geared for the World Under-20 Championships in Nairobi, Kenya,” said an upbeat Woolery. The World Under-20 championships which was scheduled for July 7-12 has now been postponed.

“The focus was on the World Athletics Under-20 Championships and things were being done differently, as the target was the 400m hurdles and more time was spent working on her technique. She fell in the event at Champs last year and we decided to change things, and the aim was to attack the first three hurdles,” he added.

Woolery is now disappointed that the season came to an abrupt end as Foote was highly motivated.

“She was on target to win at Champs and retain her Carifta Games Under-20 title. Penn Relays and World Under-20 glory were also in sight,” he stated.

With her eligibility for junior meets now at an end, Woolery is looking forward to Foote’s future at the senior level with optimism.

“Going the professional route is a very good idea, but at the same time her academics are very important,” he said.

Woolery is leaning towards keeping Foote in Jamaica to get her hurdling to the next level.

“With her 400m speed and 800m endurance, I think the 400m hurdles is her best event, and I think those athletes who have stayed locally have done well. I think our local coaches are not getting the respect they deserve but the record will show that they can do their thing just as good as those overseas,” concluded Woolery, who thinks Foote will, in another two to three years, be ready to take on the world’s best.